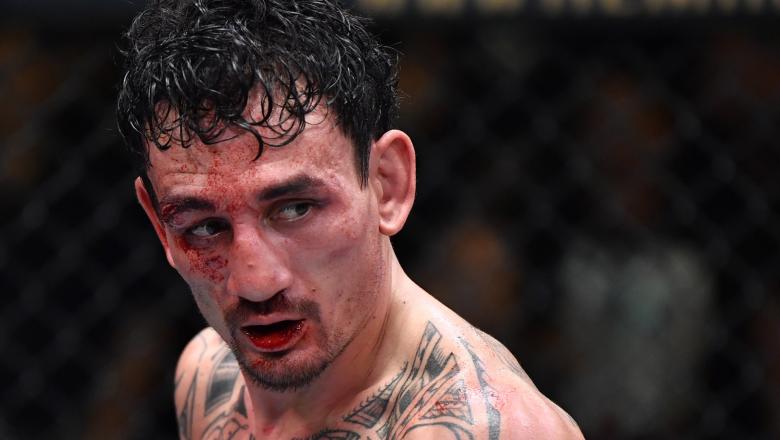 Ultimately, Holloway says he hopes to one day find himself in the conversation amongst the greats like Anderson Silva, Georges St-Pierre and Royce Gracie – icons in consideration for MMA’s Mount Rushmore. Holloway’s resume already boasts the attributes you want to see from the legends. Things like his legendary 13-fight win streak (including two over José Aldo) and 10-plus year career speak to his longevity. Moments like pointing toward the ground and slugging away for the last 10 seconds against Ricardo Lamas and hitting Calvin Kattar with a no-look punch then slipping the next five shots are etched in fans’ minds forever.

“Blessed” isn’t done yet, though. Far from it, and in order to maintain his position at the top and keep stacking his CV, adaptation is the key.

“Fourth of July is on July 2. They just announced it.”

July 2 represents the biggest test toward that legacy as Holloway takes a third crack at featherweight champion Alexander Volkanovski at UFC 276 in Las Vegas, the same location where he lost the title to the Australian two-and-a-half years ago at UFC 245.

A lot of life has happened since then, including each man competing thrice. The two rematched immediately at UFC 251, where Holloway fell once again but with much more debate and controversy around the decision. Since then, Volkanovski coached on The Ultimate Fighter then put on a couple stunning performances to defend the belt versus Brian Ortega and Chan Sung Jung. Holloway did his part, as well, setting records in his win over Kattar to open 2021 followed with an action-packed five-rounder against Yair Rodriguez.

Not only that, but Holloway achieved another major milestone. While Volkanovski pieced up The Korean Zombie in Las Vegas, Holloway married his now-wife Alessa in Hawaii, and “Blessed” is grateful for the presence she brings to him and his son, Rush.