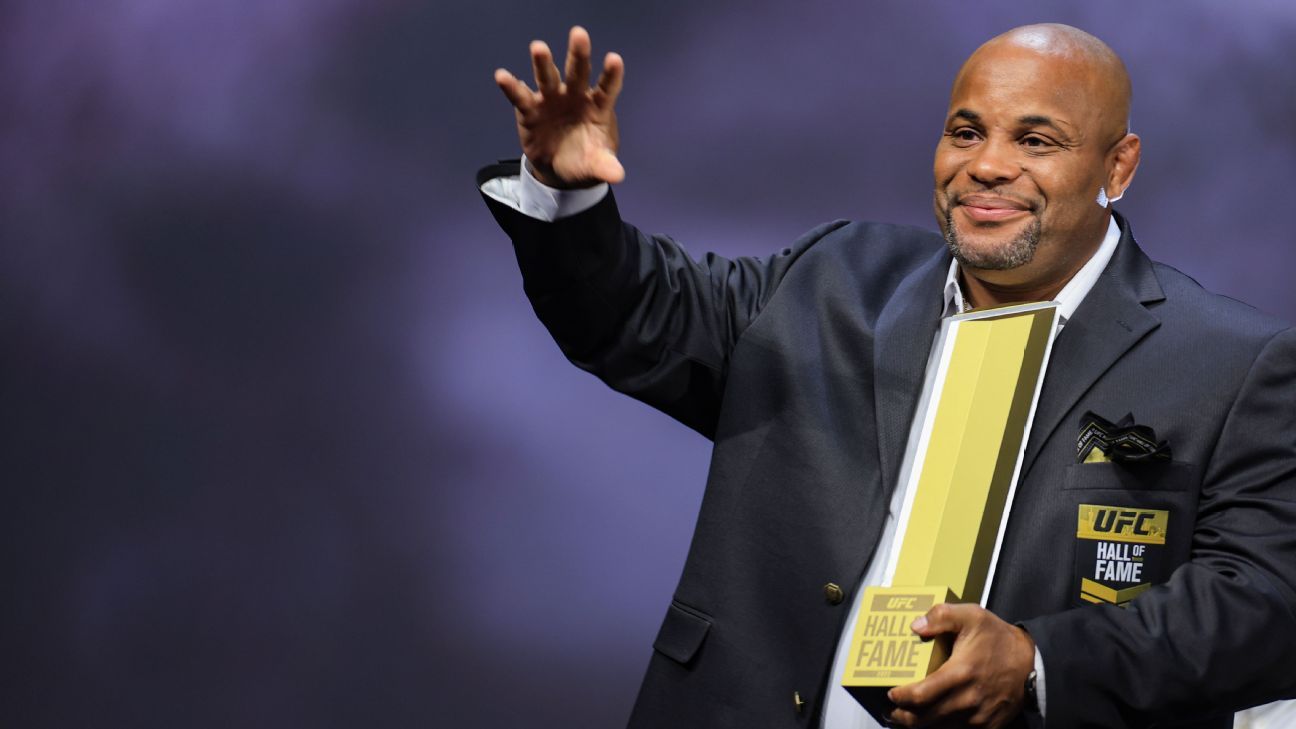 LAS VEGAS — The UFC inducted MMA’s version of “The Odd Couple” into its Hall of Fame on Thursday, as former titleholders Daniel Cormier and Khabib Nurmagomedov officially joined its Modern Wing.

Each of the two stars announced his retirement from MMA in 2020. In addition to being two of the top fighters in the world, Cormier and Nurmagomedov were tied together by a comedic friendship that endeared itself to the sport’s fans. Originally from Dagestan, Nurmagomedov moved the majority of his training camps in the UFC to American Kickboxing Academy in San Jose, California, where he trained alongside Cormier.

“Me and Khabib going in together, it’s just a tremendous night,” Cormier said. “This means everything to me.”

A former U.S. Olympic wrestler, Cormier (19-3), of Lafayette, Louisiana, was involved in one of the biggest rivalries in MMA history with former light heavyweight champion Jon Jones. Although he failed to defeat Jones on two separate occasions, in 2015 and 2017, Cormier won the 205-pound championship in 2015 and later became the UFC’s heavyweight champ in 2018.

Nurmagomedov (29-0) is considered by some to be the greatest fighter of all time. He was also involved in a massive rivalry with fellow superstar Conor McGregor. The two fought at UFC 229 in October 2018. Nurmagomedov submitted McGregor in the fourth round of that title bout. He retired in 2020 shortly after the death of his father, Abdulmanap, even though he was still considered to be in the very prime of his career.

“Ten years ago, my mind was completely different,” Nurmagomedov said. “‘I’m going to be champion, I’m going to be rich, buy everything. But last two years, everything that happened, my mind changed. The way I was thinking changed. My father is not with me, and it’s very hard time to stand here and talk about him. It’s very emotional for me.”

In addition to Cormier and Nurmagomedov, the UFC inducted a featherweight bout between Cub Swanson (28-12) and Dooho Choi (14-4) from 2016 into the Fight Wing of its Hall of Fame. It also recognized active featherweights Max Holloway and Giga Chikadze as two of its Forrest Griffin Community Award recipients.