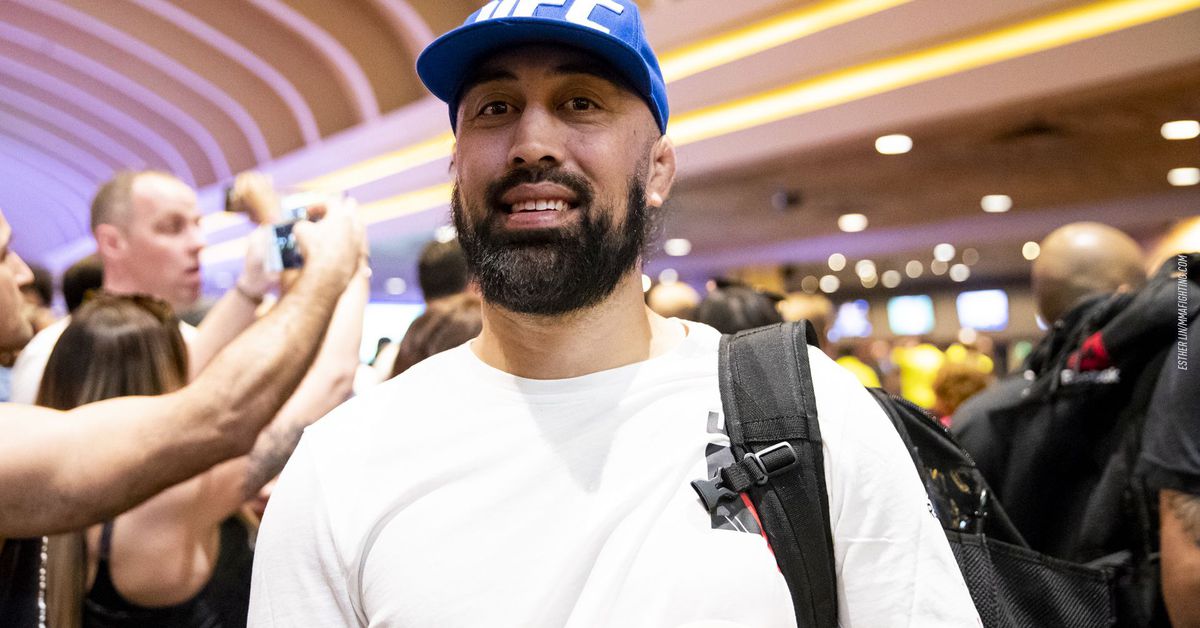 UFC 276 features two pivotal middleweight bouts for the future of the division. In the main event, UFC middleweight champion Israel Adesanya defends his title against Jared Cannonier, and in the featured main card bout, former Glory kickboxing champion Alex Pereira takes on rising contender Sean Strickland in a bout that many feel could determine the next challenger for the middleweight title. But Adesanya’s head coach Eugene Bareman, disagrees at least with regard to Pereira.

“The purist in me is of the opinion that — it’s the most coveted prize in the sport. You’ve got to earn it,” Bareman told Ariel Helwani on The MMA Hour. “There are certain things you have to do to get to that position and I feel like he hasn’t done it yet. He doesn’t have the resume that you would put up on the wall and say, ‘This guy’s ready to fight for a title.’

“Strickland, on the other, has a bit more time and beaten the higher caliber opposition, I feel like if he wins, it would be the fight to make. But at the end of the day, the team, we’re focused on the fight that’s in front of us. We’re not really thinking about too much. I haven’t given it too much thought. That’s just off the top of my head.”

But while Bareman may be cool on the fight, Adesanya appears interested. Though Pereira’s MMA accomplishments are limited, he does own two wins over Adesanya in kickboxing, including a brutal KO in Adesanya’s final kickboxing bout before he moved to MMA full time. At a press event this month, the middleweight champion said that should Pereira get past Strickland this Saturday, he would love to have the trilogy in the octagon, and Bareman admits that his fighter will certainly jump at the opportunity to avenge his losses.

“I think Izzy would be fine with it,” Bareman said. “Izzy will be happy to do it… He’s a fighter. He lost to Pereira, albeit in another sport, but he probably wants to get that back. That’s naturally what all fighters want to do.”

It also appears to be what the UFC wants to do as well. Having Pereira fight in the featured bout of the same card that Adesanya is headlining creates an easy opportunity to set up their fight, should both men win. And given the groundswell of support the bout has among fans, Bareman acknowledges that, in this instance, meritocracy might take a back seat to the will of the people.

“Without putting too much thought into it, that’s what I would have thought everybody thinks,” Bareman said about Pereira not deserving a title shot. “But it seems to me that there’s a narrative that the winner should get the next title shot, and sometimes that’s what you need. You just need a few people behind it, a few people bandying it around, and it gains momentum and turns into something.”