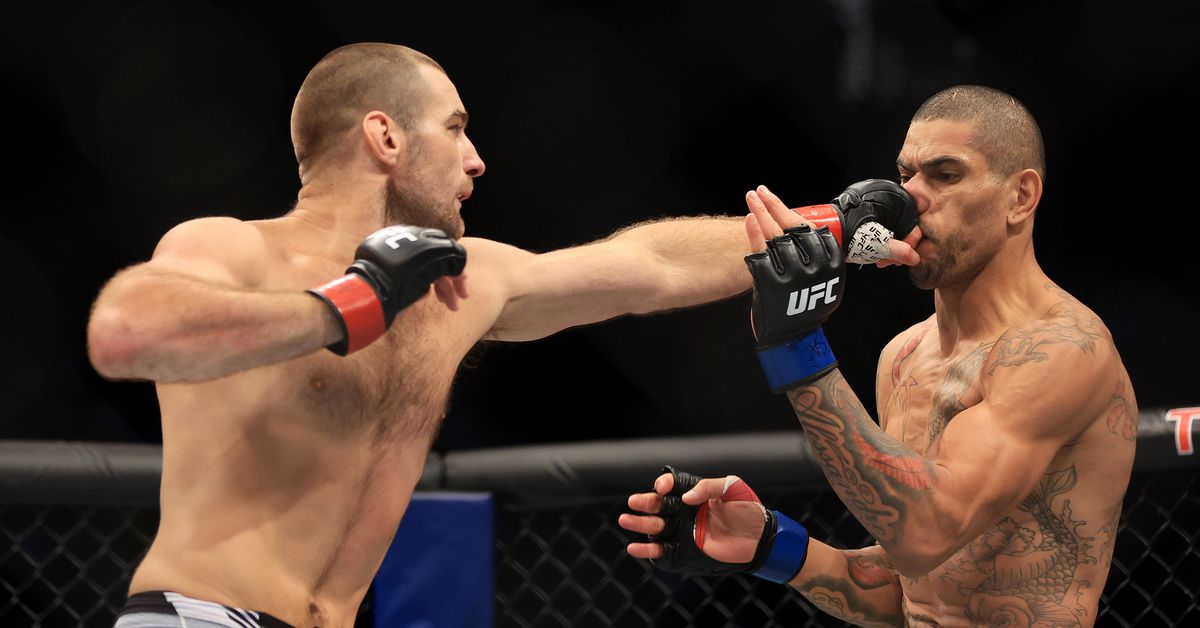 Middleweight Sean Strickland apologized to fans and vowed to work his way back up the ladder after a knockout loss to Alex Pereira at UFC 276.

In a video posted to his Instagram, Strickland was humble in defeat and gave Pereira credit for emphatically silencing him on Saturday at T-Mobile Arena.

“Well, that sucked,” he said. “You never want to be someone’s highlight, but that’s the game we play. I tried to stand and bang with one of the best kickboxers. The s****** part of it is, during the round, I kept thinking, ‘Man, this is going to be an easy fight. I see everything this guy’s throwing, I’m getting the better of the exchanges. I’m going to beat this guy up for three rounds.’ And then halfway through, I got caught. Hat’s off to Alex. He’s a f****** killer. Thanks to all my coaches – sorry we didn’t get the win.

“It’s depressing…I’m going to go be sad for awhile. And fans, thank you for supporting me. On to the next one. It’s time to climb up the ladder again.”

Strickland dismissed Pereira’s striking skills despite the former GLORY champ’s list of knockout wins, which include a pair of victories over current champ Israel Adesanya.

Strickland may have worked his way into title contention with a win over Pereira. At the very least, he got Adesanya’s attention when he roasted the champ’s love of anime. Adesanya fired back, but Strickland’s off-the-cuff personality won the day.

Going into UFC 276, Strickland won six straight and captured fans’ attention with his wild and often problematic rants on life inside and outside the octagon. Pereira didn’t take the bait when Strickland dissed him and had the final word on Saturday.