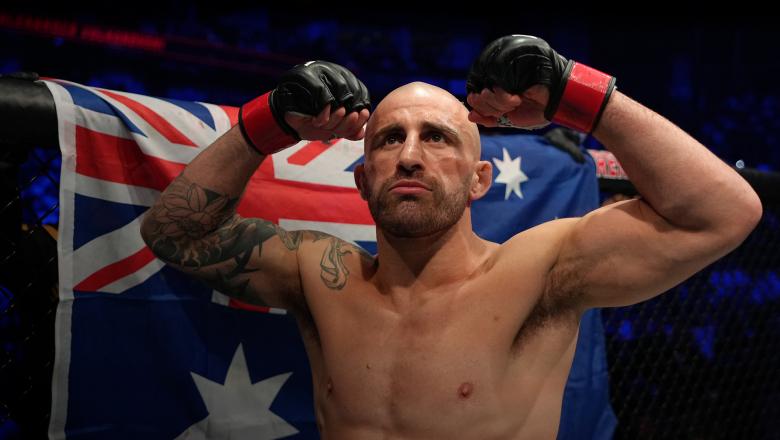 What happens when you put two competitors that are allergic to boring fights and looking to make a real statement in an already loaded, action-packed division in the Octagon together?

We’re going to find out when these two throw down on Strong Island!

Burgos, who was born in the Bronx and now resides in Monroe, New York, is 14-3 for his career, 7-3 in the UFC, and has banked four Fight of the Night bonuses. He’s a high-volume, high-pressure boxer who is happy to take one to land one, and has only been bested by Kattar, Emmett, and Edson Barboza.

The 26-year-old Jourdain appears to be taking a step forward after an uneven start to his UFC career. While he registered an eye-opening knockout win over Dooho Choi in South Korea in his second UFC start, Jourdain headed into his December clash with Andre Ewell sporting a 2-2-1 record in the Octagon.

After punctuating that performance with a “Spartan Kick” at the horn, the former two-division TKO champion made quick work of Lando Vannata last time out, locking up a nasty high-elbow guillotine to really announce his presence as one to watch in the 145-pound weight class.

Both men are hell on wheels when they’re fighting other people, so it’s only fair to assume that putting them into the Octagon together is going to produce a wonderfully chaotic affair that people won’t be able to take their eyes off.