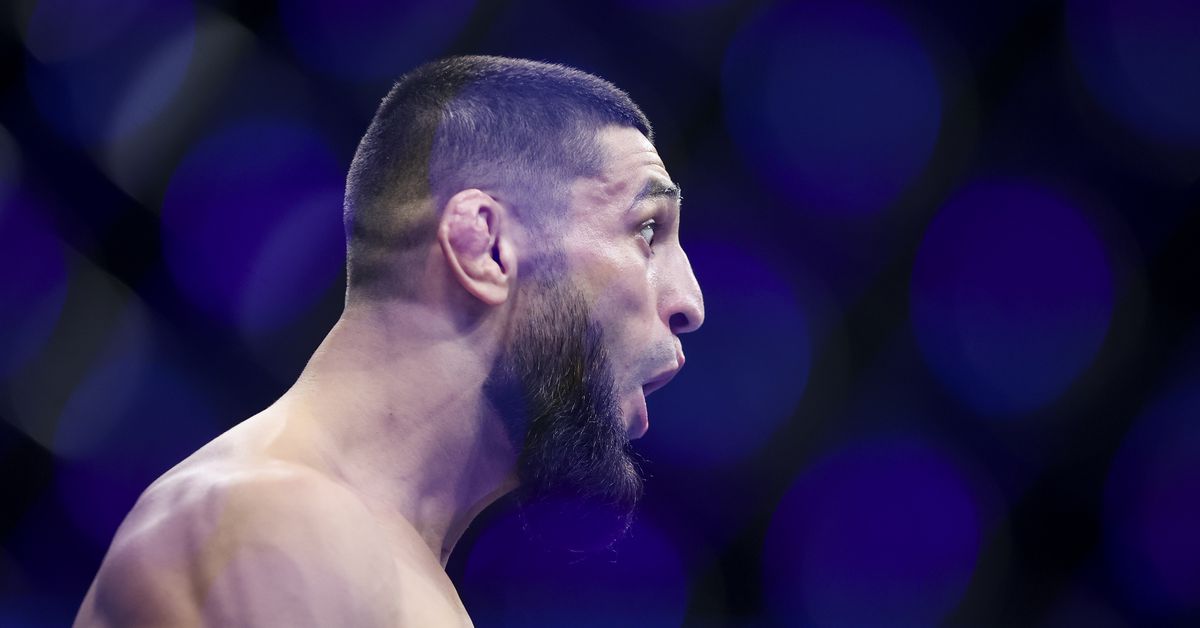 Pereira vs. Cannonier feels like a no-brainer … or does it?

Chimaev’s followers were quick to remind him that Gilbert Burns — a former lightweight — was able to land 119 significant strikes against “Borz” in their UFC 273 showdown. Others were confident the No. 3-ranked welterweight, who holds two wins at 185 pounds, would take Pereira to the floor and submit him.

“I’m gonna keep the same line that I always do,” Pereira told Helen Yee. “See what’s in front of me, not what is ahead. Same with [the] Sean Strickland fight. People were talking about Israel’s fight and I said, ‘Look, I’ve got to take care of this first.’ Right now, I’m gonna take care of my fight with Israel for the title and then after that we’ll see about that. To be the champion, that’s my goal.”

Chimaev has his own goal in mind.

Namely, the welterweight title. It’s unknown yet if the promotion will make him fight another top contender like Colby Covington or seize the moment and elevate “Borz” into a 170-pound title fight opposite the winner of Kamaru Usman vs. Leon Edwards, who rematch atop the UFC 278 fight card next month in Salt Lake City.

Midnight Mania! Not Arrogant Khabib Believes Pressure Getting To Oliveira
Dominick Cruz Not Worried About ‘Golden Fluffer’ Daniel Cormier Calling His Fight | UFC San Diego
Jamahal Hill Calls For Title Fight Next: ‘I Want The Shot At Jiri’ | UFC on ESPN 40
Bo Nickal Not Upset About UFC Contract Snub: ‘I’m Here To Be No. 1 Pound-For-Pound’
Bruno Silva Fears No Challenge