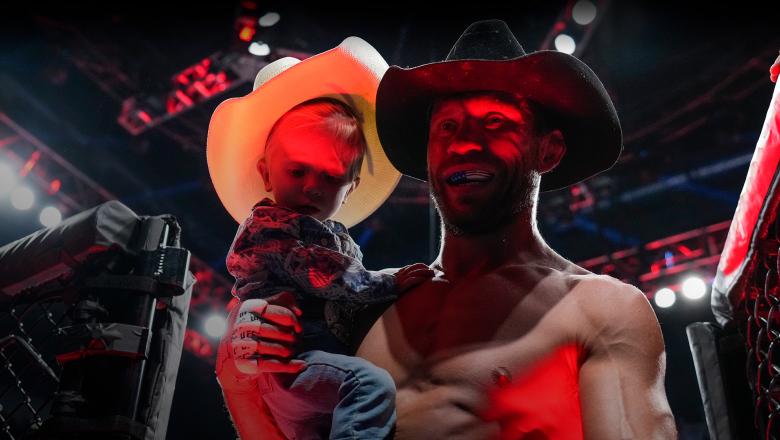 Cerrone always said that he’d like to get to 50 appearances combined between the WEC and UFC, but rides off into the sunset two fights short, opting to explore new opportunities rather than stick around to chase a record when his heart was no longer in it.

Though his career comes to a close on a lengthy slide, what he should be remembered for are stretches like the eight-fight winning streak he put together between his tandem losses to Dos Anjos, a run that started with four straight finishes, included two wins in 15 days at the start of 2015, and wrapped with a dominant second-round stoppage win over John Makdessi that punched his ticket to his one and only UFC title fight.

He should be remembered for moving up to welterweight following that title bout and rattling off four straight stoppage wins, where he dusted off his offensive wrestling game and hit Rick Story with a multi-strike combo straight out of Tekken at UFC 202.

He should be remembered for his homecoming win over Mike Perry on the 25th anniversary show in Denver, Colorado, where he showed once more that despite a rough spell over his previous five appearances, reports of his demise were a little premature.

Personally, I will remember him for the myriad conversations we had over the years — including the one where I thought he was going to jump through the phone and strangle me, and the one ahead of his fight with Patrick Cote in Ottawa during that first welterweight run where his beloved grandmother scolded him for turning the middle finger in his personal way of greeting a familiar face.

I’ll remember getting that same middle finger, followed by a wink and a smirk when he showed up at the dais following that UFC 187 win over Makdessi with four cold bottles of Budweiser in his hands, and the discussions about how becoming a dad had shook up his world in so many ways, his love for his boys radiating through the phone.

I’ll remember the “F*** You!” kicks he landed on Vagner Rocha in Vancouver that he broke out again many years later for Myles Jury, the knockout of Melvin Guillard, and the submission finish over Edson Barboza.