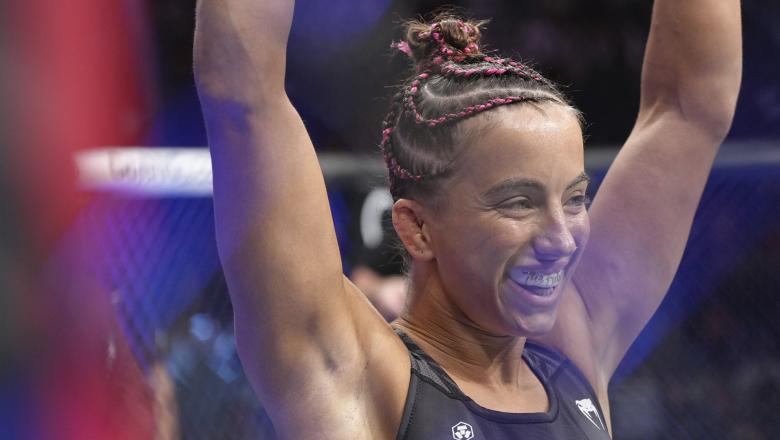 Back in December 2018, then-strawweight Maycee Barber was given a shot at a UFC contract on Dana White’s Contender Series against Jamie Colleen. Anticipated as a striker vs grappler bout, Barber excelled in all facets of martial arts, beating Colleen to the punch, controlling the clinch and securing takedowns.

Her final takedown of the night, with just over a minute left in the third round, saw Barber land ruthless elbows that opened a massive cut on Colleen’s nose. A few unanswered elbows later, the fight was stopped, giving Barber the TKO victory.

The stoppage was enough to impress White, earning her a UFC contract at only 20 years old.

Eager to start making a name for herself inside a new promotion, Barber’s UFC debut came less than three months later against Hannah Cifers at UFC Fight Night: The Korean Zombie vs Rodríguez.

In a near mirror image of her first bout, Barber dictated the fight exactly how she wanted, but performed even better. Landing various kicks and shining in the clinch, Barber’s best work still came on the ground, when she eventually had top control against Cifers in the second round.

From here, it didn’t take long for the referee to stop the fight. Landing her patented elbows from top position, Barber started opening cuts on Cifers’ face. With no answer to the ground-and-pound, the fight was eventually stopped after complete domination and control from the still 20-year-old.

Cyborg says she’s finalizing deal for boxing debut
UFC on FOX 14: Alexander Gustafsson vs. Anthony Johnson Staredown
Dominick Cruz was up on the scorecards when Marlon Vera knocked him out at UFC San Diego
Rose Namajunas hints at possible move to flyweight
Makaveli The Don 💯 Nate Diaz shows off his dog 🐶 #shorts