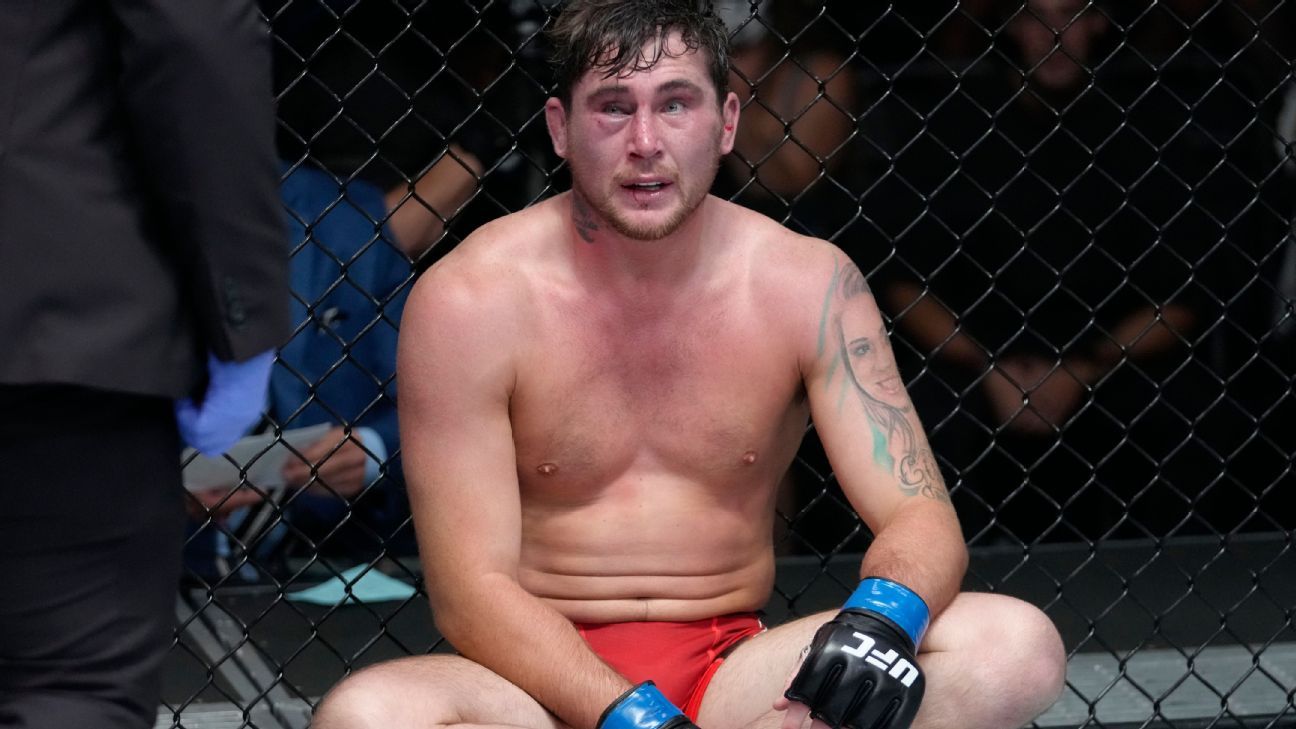 The UFC is putting together a new co-main event for its return to the United Kingdom.

Darren Till is out of the scheduled middleweight co-headliner against Jack Hermansson at UFC London on July 23 due to an undisclosed injury, sources told ESPN on Wednesday. Hermansson will remain on the card, and UFC.com now lists Hermansson versus veteran Chris Curtis as the co-main event.

ESPN has Hermansson ranked No. 10 in the world at middleweight, while Till is No. 9.

Hermansson (22-7) is coming off a split-decision loss to Sean Strickland in February. The Sweden-born fighter, who lives and trains in Norway, has won six of his past nine fights. Hermansson, 34, owns a 9-5 UFC record. Till (18-4-1), a 29-year-old England native, has dropped four of his past five.

Curtis (29-8) has won eight straight, including his first three in the UFC. The Las Vegas resident is coming off a unanimous decision win over Rodolfo Vieira on June 25. Curtis, a 34-year-old who has been a pro since 2009, famously retired and unretired in 2019 on the same night during the PFL playoffs. He has not lost a fight since that evening and earned his way into the UFC last year.