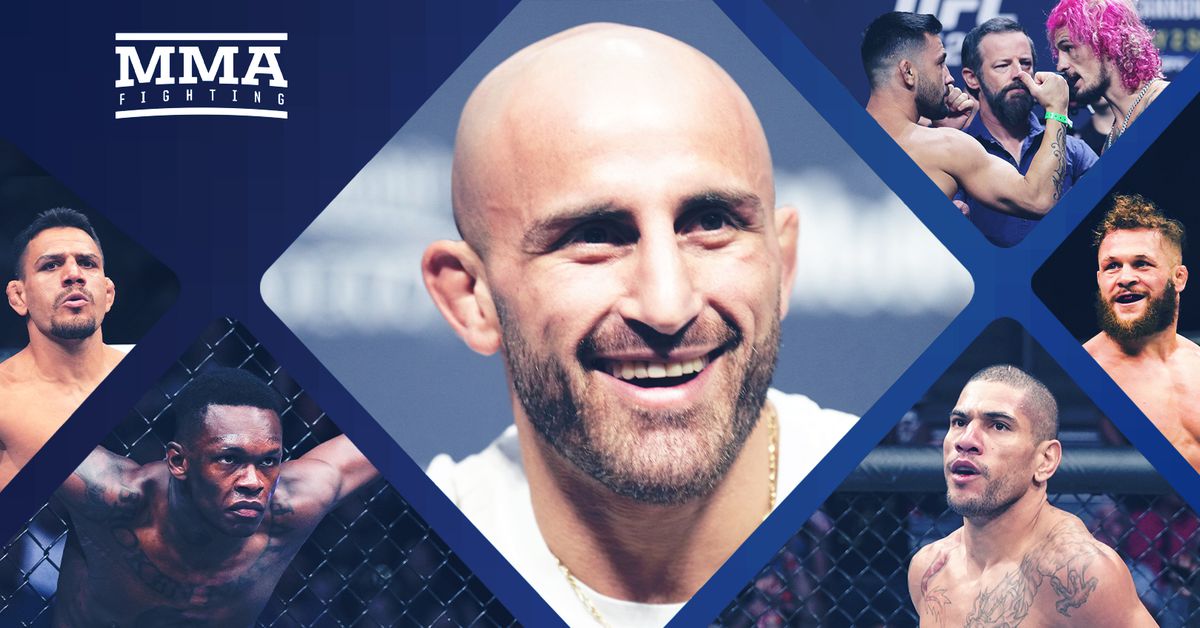 Saturday’s UFC 276 left MMA fans with a lot to digest in terms of storylines, future matchups, and topics of discussion — from Israel Adesanya and Alex Pereira’s big wins, Alexander Volkanovski’s pound-for-pound status, and the unfortunate ending to the highly anticipated bantamweight showdown between Pedro Munhoz and Sean O’Malley.

On an all-new episode of Between the Links, MMA Fighting’s Mike Heck and Jed Meshew will take part in a special roundtable edition where they’ll discuss Adesanya’s win over Jared Cannonier in the main event, and if the champion is getting too much flack for the fight. In addition, they’ll discuss Alex Pereira’s knockout of Sean Strickland and how big the fight with Adesanya will be for the UFC, Volkanovski’s shutout of Max Holloway and where he stands amongst the best fighters on the planet, whether or not the UFC should run the fight between Munhoz and O’Malley back following the accidental eye poke, a look to UFC Vegas 58, and more.

If you miss the show live, you can listen to the podcast version, which will be found below and on Apple Podcasts, Google Podcasts, Spotify, Stitcher, and wherever you get your pods.