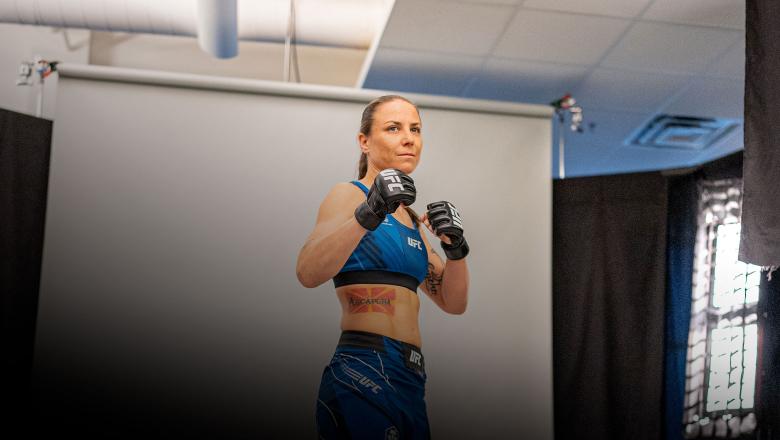 Even so, the matchup is appealing to Nunes, who doesn’t expect Calvillo to just rely on her potential grappling advantages.

“(Calvillo) likes to fight,” Nunes said. “It’s not like the, ‘Oh, I’m just going to do this one thing.’ She’ll stand with me. She’ll probably want to take me down, as well, but she’s a fighter. She goes in there with that, ‘Let’s get into a fight’ kind of feeling, and I feel like I haven’t been like that in a while. I feel like I’ve kind of gone in there and just been like, ‘Oh, let’s be technical. Let’s score.’ I’m getting into a fight this time, and she’s the perfect person for that. She’s a good opponent for me.”

She went on to admit she had previously gotten too in her head about her opponents’ grappling skills in the past, citing Gadelha and Tatiana Suarez as cases in which she was “too caught up” in defense rather than expressing her own skills.

As July 9 approaches, all seems good on the Nunes front. The month could end up a banner one for the Nunes clan with Amanda’s upcoming rematch with Julianna Peña going down on July 30 in Dallas at UFC 277. First, though, is Nina’s fight, and she is fully intent on imposing her will after a training camp focused on her and her well-being.

“I practiced what I was strong at,” she said. “Of course, I’m aware of what she’s strong at, but I didn’t dwell on it much. I worked on everything. I’m a mixed martial artist. I’ve been doing this for years, and I just need to remember that.”

Dana White is listed as a possible Donald Trump mole on betting odds
UFC Fight Night: Vera vs Cruz Results
UFC 278 Clash: Pedro Vs. Hunsucker!
‘These Guys Get Paid What They’re Supposed To Get Paid’
Dominick Cruz Has No Clue Why Chito Vera Is Mad At Him – MMA Fighting