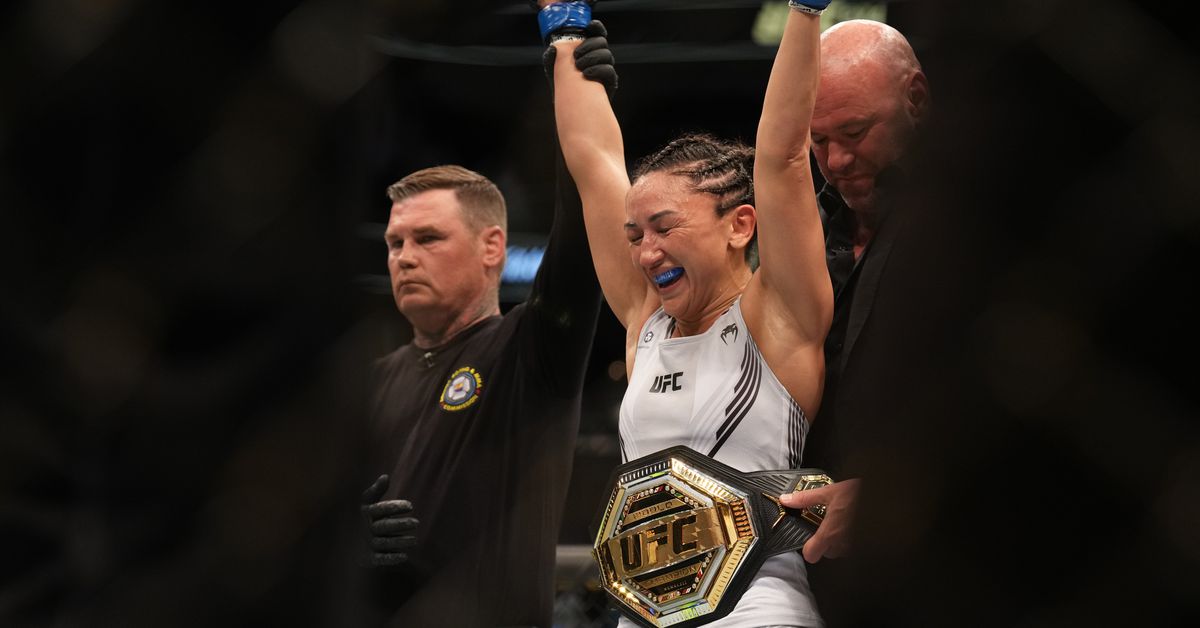 Carla Esparza believes she’ll be able to defend her newly won UFC strawweight title before the year comes to a close.

The now two-time world champion defeated Rose Namajunas at UFC 274 in May to regain the title. Esparza likely will face former champ Zhang Weili in her first title defense, but it appears the nagging injuries she suffered in her win over Namajunas won’t keep her on the sidelines for too long.

Esparza took to social media this week to provide fans with an update and realistic timeline for when she can get into a fight camp.

“Health update: I just saw my doctor in regards to my 2 MRI results yesterday, and the great news is, no surgeries required on either location,” Esparza wrote. “[I’ll] simply require a little more time to heal, [Platelet-rich plasma] injections (already scheduled), and a little physical therapy and I should be back to 100 percent to start camp and fight before this year is done.

“I have a very tough fight and camp ahead of me, and I look forward to giving it my all. In the meantime, look forward to some modified training. Thank you to the UFC for being on top of it, and making sure I get back to [100 percent].”

The 34-year-old Esparza has now won six straight bouts and looks to have her first successful UFC title defense. Following her incredible KO of Joanna Jedrzejczyk at UFC 275, Weili called to face Esparza at the promotion’s return to Abu Dhabi in October, though it doesn’t appear that timeline will work for the champion.