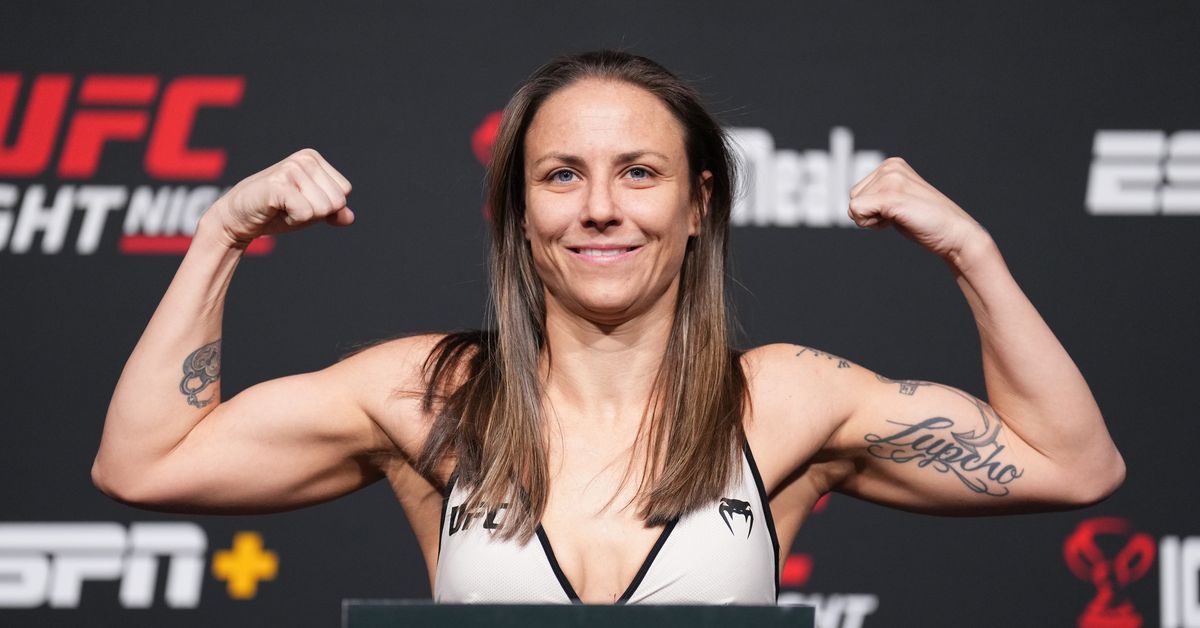 Nina Nunes will no longer compete against Cynthia Calvillo at UFC Vegas 58.

Nunes on Saturday revealed she had been suffering from a “stomach virus” since the weigh-ins on Friday afternoon in Las Vegas. As a result, she was forced to withdraw from her scheduled UFC flyweight debut, with the hopes of rescheduling the fight for a later date.

“Hey everyone, I had an amazing camp and the best weight cut yet,” Nunes wrote on Instagram. “Unfortunately I picked up a stomach virus and have been sick since right after weigh ins. I tried as much as I could to make this better and still be able to fight. Sadly it has taken a tear on my body and I won’t be able to perform tonight. Sorry to my opponent. We are rescheduling it as we speak. Thank you Mick Maynard.”

Nunes (10-7) was looking to snap a two-fight losing skid, which includes a submission loss to Mackenzie Dern and a decision loss to Tatiana Suarez. Prior to these setbacks, fans saw Nunes string together four straight wins over Jocelyn Jones-Lybarger, Angela Hill, Randa Markos, and former title challenger Claudia Gadelha.

Similarly, Calvillo (9-4-1) is hoping to right the ship after dropping three straight fights inside the octagon. In her most recent effort, the San Jose native opted not to continue on into the second round against Andrea Lee after suffering a broken orbital early in the fight.