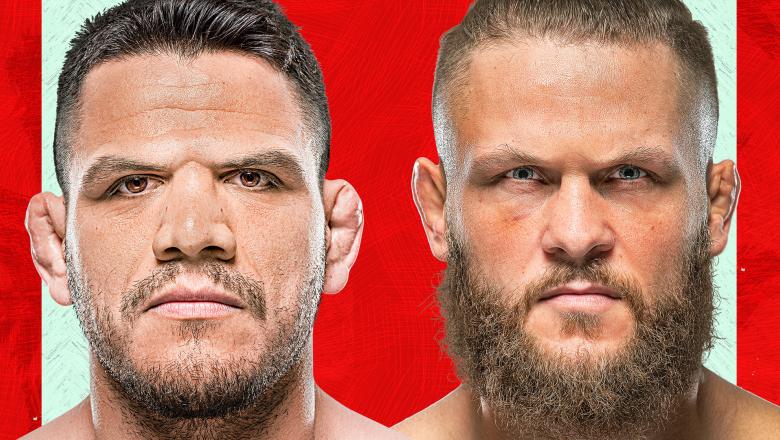 Dos Anjos got credited for a takedown early in round three even though Fiziev was barely on the mat, and once “Ataman” got free, it was back to leading the striking sequences behind his thudding kicks. RDA did get into a nice striking rhythm in the final minute, though, showing that this fight was far from over.

In the fourth round for the first time in his career, Fiziev looked fresh, but it was Dos Anjos who got off the best shot of the fight when he landed a flying knee to the head. He still wanted that takedown, though, and he finally got one with 1:18 to go, keeping his foe grounded until a second remained in the round.

Fiziev roared out of his corner to start the fifth round, and a blistering left hook dropped Dos Anjos hard to the canvas. One more shot was all it took to then bring in referee Mark Smith to stop the fight. The official time was :18 of round five.

At the time of the stoppage, Fiziev led 39-37 on two scorecards and was deadlocked with Dos Anjos at 38-38 on the third.