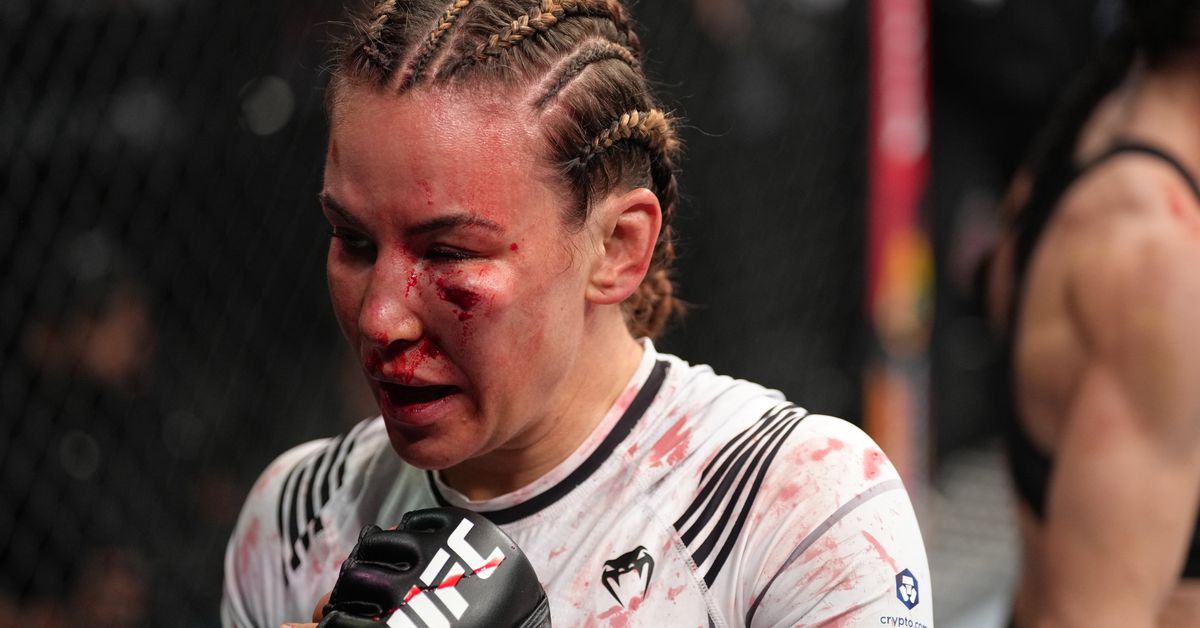 Miesha Tate had a rough night in her Flyweight debut, taking a beating at the hands of fellow longtime veteran, Lauren Murphy, in the opening main card fight of UFC Long Island, which went down earlier today (Sat., July 16, 2022) in Belmont Park, N.Y.

Murphy — the former division title contender — busted up “Cucake” early in the fight, opening up a huge gash on the bottom of her left eye. For the remainder of the 15-minute fight, Murphy dominated the striking exchanges, tagging the former women’s Bantamweight champion up repeatedly.

But like the true warrior she is, Tate never wavered, staying in the pocket and absorbing big shots while landing a few of her own. In the end, Murphy won the unanimous decision, her first victory since losing to Valentina Shevchenko at UFC 266.

“Some women pay a lot of money for lips like these! All I had to do was get in a little fist fight! Tonight wasn’t my night, congratulations to Lauren Murphy, and we continue to learn the lessons of life,” she wrote.

“I had the most UH-mazing dinner at my favorite restaurant @cheeseboatbk and met Mama Cheeseboat herself. I’m still blessed beyond measure win lose or draw! Thank you to all those who continue to love and support me regardless, you know who you are,” she concluded.

Since making her return to action in July 2021, “Cupcake” has gone 1-2, losing her last two bouts. As far as what’s next for the former 135-pound queenpin, she will likely sit out a while to recover from the loss and contemplate staying at 125 pounds or moving back up to the 135-pound weight class.