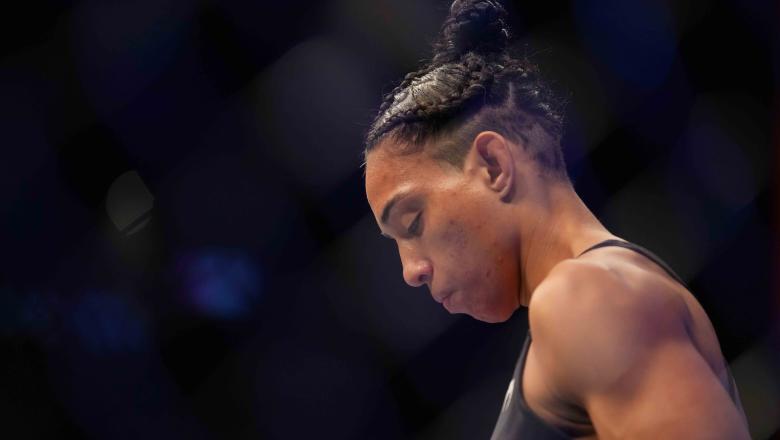 In the first round, Shevchenko was controlling the clinch very well, and looked for an early takedown. Santos reversed the position and was able to take Shevchenko’s back. Constantly looking for a choke, Santos forced the champion to defend the submissions rather than advancing positions. This allowed Santos to stay in control for the final two minutes of the opening round.

The next two rounds were mirror images of the first. Shevchenko’s slight advantage in strikes on the feet was heavily outweighed by Santos’s six minutes of control time in the 10-minute span.

Entering the championship rounds, Shevchenko was able to keep the fight standing, where she continued to show a slight advantage over Santos, who saw her vision impaired early in the round after a clash of heads. Needing to make a statement in the fifth, Shevchenko secured a takedown of her own, ending the fight with her strongest five minutes of the night.

As Bruce Buffer made the decision official, Shevchenko was the one with her hand raised.

Although the fight didn’t go her way, Santos proved she can hang with the pound-for-pound No. 1, an impressive feat in and of itself. Santos has made the strongest impression of all DWCS grads, being the closest to earn UFC gold and becoming the highest-ranking grad currently in the promotion.