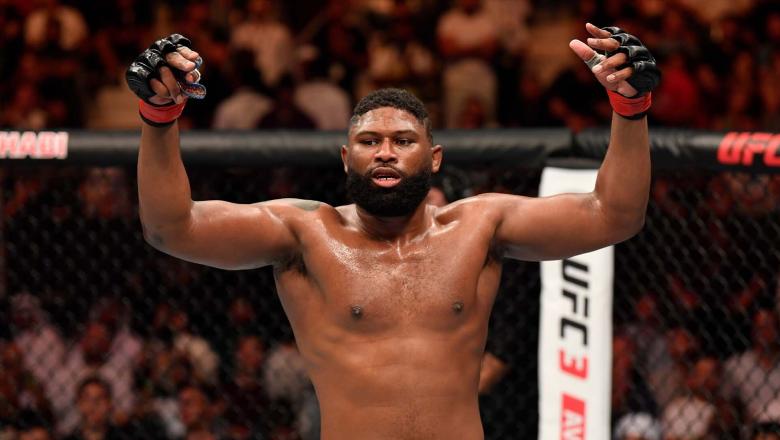 A fixture in the heavyweight Top 15 for a number of years now, the 31-year-old Elevation Fight Team representative has been a Top 5 staple for the last several years, with his only losses coming against current champ Francis Ngannou twice and perennial contender Derrick Lewis.

He’s become a divisional stalwart and a complete fighter after arriving on the big stage as a former NJCAA national champion wrestler still working to develop his striking skills and figure out how to make his considerable athleticism, size, and overall explosiveness work for him inside the cage.

“It’s very important,” he said of reaching this point in his career. “It means all the decisions I’ve made up to this point — it’s validation that I made the right decisions.”

The proof of those proper decisions was also on display in his bout against Daukaus in Columbus in March, where he stopped the former Philadelphia police officer just 17 seconds into the second round of their main event encounter.

While not the first fight of his career where Blaydes hasn’t used his wrestling — he’s had two other victories where he didn’t score a takedown, though he logged more than five minutes of control time in one of those contests — this was the most fluid and confident he’d looked on the feet.

He showed glimpses of that confidence in his loss to Lewis a year earlier, but against Daukaus, there wasn’t even the thought of shooting for a takedown; he simply stood in there with him, let his hands go, and left him slumped face down on the canvas just a few seconds into the sixth minute of their potential 25-minute engagement.

On To the Next One: Matches to make after UFC San Diego
Vera secures final-round TKO of Cruz
This Must Be An USMAN Family Thing 🙌
Midnight Mania! Not Arrogant Khabib Believes Pressure Getting To Oliveira
Jamahal Hill Stands By Previous Career Prediction