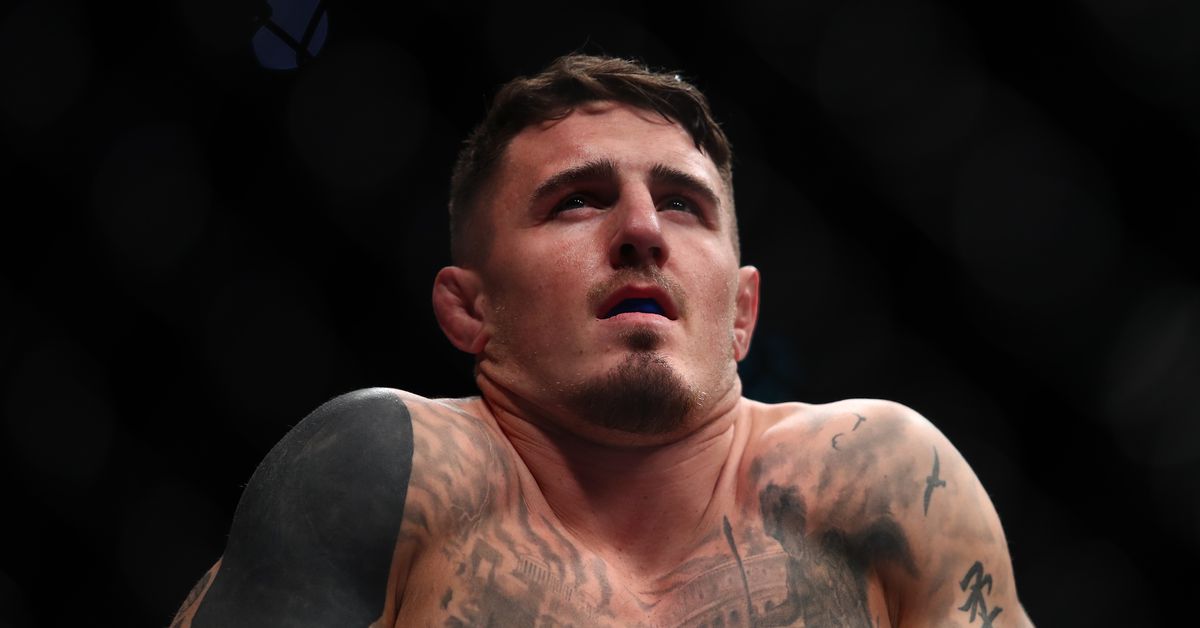 Tom Aspinall is still a relative mystery heading into his main event clash with fellow heavyweight contender Curtis Blaydes this coming weekend at UFC London. That’s because Aspinall’s time inside of the Octagon has been limited thus far and his past fights haven’t presented him with the opportunity to show off every wrinkle in his game.

During UFC London’s media day on Wednesday, Aspinall claimed that he has only displayed 10 percent of his entire mixed martial arts (MMA) arsenal. Considering the surging English fighter is 5-0 inside of the Octagon with key wins over Alexander Volkov and Andrei Arlovski this should be downright scary to any opposing heavyweight.

“I just have so much that I’ve not shown, and people don’t know what to expect. No one’s got any idea. Curtis, or anyone else in the heavyweight division, doesn’t know what I bring to the table, because I’ve not shown it yet,” said Aspinall. “I’ve shown 10 percent of my game, because my octagon time is so short. No one has really seen what I can really do. So I have so much that nobody knows about, which is a massive advantage to me.”

Aspinall, who turned 29 this past April, could be one win away from a UFC heavyweight title. If he’s able to defeat Blaydes in front of a raucous U.K. crowd this weekend on ESPN+ then he may line himself up for some UFC gold. That would be quite incredible considering he made his Octagon debut just under two years ago and has only seen a second round once.

“I’m a winner. That’s what I care about. I want to win,” he said. “Don’t care how I win, but I’m a fierce, fierce competitor. I’m fiercely competitive, and I’m trying to win. That’s it.”

Paddy is ramping up the trash talk ahead of UFC London this weekend.

Khamzat is relentless and a love it!

Certainly not a good look for Tom Aspinall here. Change anything for you?

The moment @Gervontaa called my Parents “retarded looking” my eyes fixed on making those words cost him, Yeah it was years ago something’s you don’t forget, you will eat that disrespect.

The Burns Bros. with a throwback for the ages!

Good god this card is too good to be true.

Oliveira vs. Makhachev
Sterling vs. Dillashaw
Yan vs. O’Malley
Dariush vs. Gamrot
Muhammad vs. Brady

Is Molly McCann the “Elbow Queen?”

Of course Tyson Fury is already looking to come out of retirement.

Some of these are brutal.

Wait. Donald Cerrone is an American?

Don’t know why but dudes seem to be getting knocked out a little easier in sand. Thoughts?

Wow. Almost got this finish.

Should have tried to recover bro.