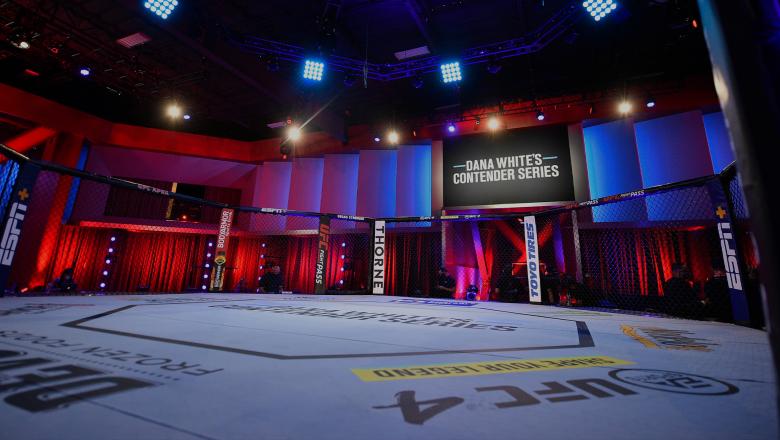 “Aljo and Merab kind of tailored their summer to my camp to be there for me,” Dennis said. “They planned to stay in New York with me in June for camp, and then I come out to Vegas for the last two weeks or so to finish everything there with them. These guys are the best.”

The time that these established fighters have put into Buzukja has gone far from unnoticed, and the featherweight prospect is eternally grateful for their devotion.

“It means everything to me,” Buzukja said. “The biggest thing for this fight that I told the guys is ‘I’m not going to waste your time. I’m going to make this happen and come back with a victory.’ When one of us wins, we all win.”

Training out of Long Island staple gyms Longo and Weidman MMA and Serra BJJ, Buzukja is already deeply rooted in the Long Island MMA community and jumped at the idea of potentially fighting on the UFC’s Long Island card when a potential opportunity arose.

“When Billy Q pulled out against Algeo, I called my manager asking to jump in on short notice and fight on the Long Island card,” Buzukja said. “We weren’t able to get it done but, at the end of the day, my mentality is that at the end of July I’m going to be in the UFC anyway.”

If Buzukja can secure a UFC contract on the 26th, he hopes to hop right back in the cage to set the table for a career of frequent activity inside the Octagon.

“I want to fight August 20th, the same night that Merab is fighting, to share the card with my teammate,” Buzukja said. “I want to stay as active as possible; I’ll fight five times per year in the UFC – 145 and 155.”

Buzukja faces a 6-1 Kaleio Romero, so a UFC contract is certainly no guarantee, but Buzjuka’s confidence has not wavered.