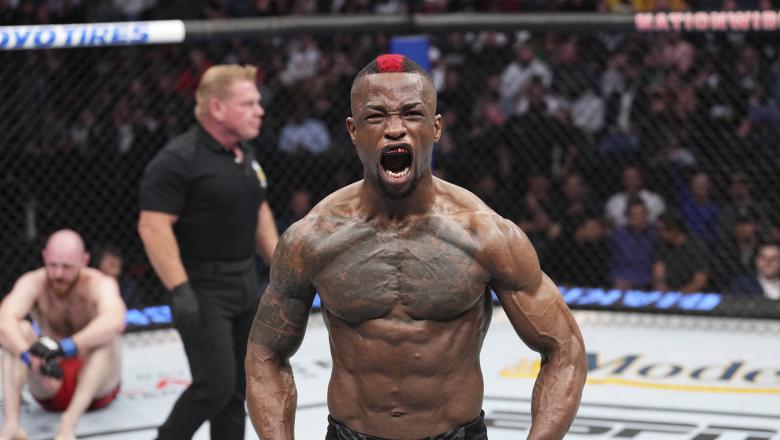 “These guys, like [Rafael Fiziev], have over 200 something Thai fights,” Diakiese said of his UFC Fight Night: Figueiredo vs. Benavidez 2 opponent. “I never had that. I started training when I was 18. Before that, I didn’t train or anything. I feel like you have to pay your price in this game. I said that to my last opponent, as well, like, he never wrestled. He tried to come and fight me, you’re going to pay your price. I’ve paid my prices and I’m ready for my turn to start climbing up.”

A win this weekend in London will give Diakiese his first pair of back-to-back wins since 2019, which he believes will earn him a number by his name.

“I honestly feel ready [to challenge top lightweights],” Diakiese said. “I feel I should get Top 15 after this. At least Top 15, and then start climbing up. If you look at the guys I’ve fought, Dan Hooker, Fiziev is now seventh in the ranks. Me fighting them, I feel like I was inexperienced, where now I’ve got enough experience for it to be my turn to start climbing up.”

Eager to start the next chapter of his career, there’s no better place to start the climb than in front of home country fans at The O2 Arena. Fighting in London twice before, Diakiese performed well, earning a first-round knockout victory against Teemu Packalén and a unanimous decision win over Joseph Duffy.

“I’m undefeated here,” Diakiese said. “It’s a home crowd and I like putting on a show for the crowd because when I put on a show, everybody remembers it.