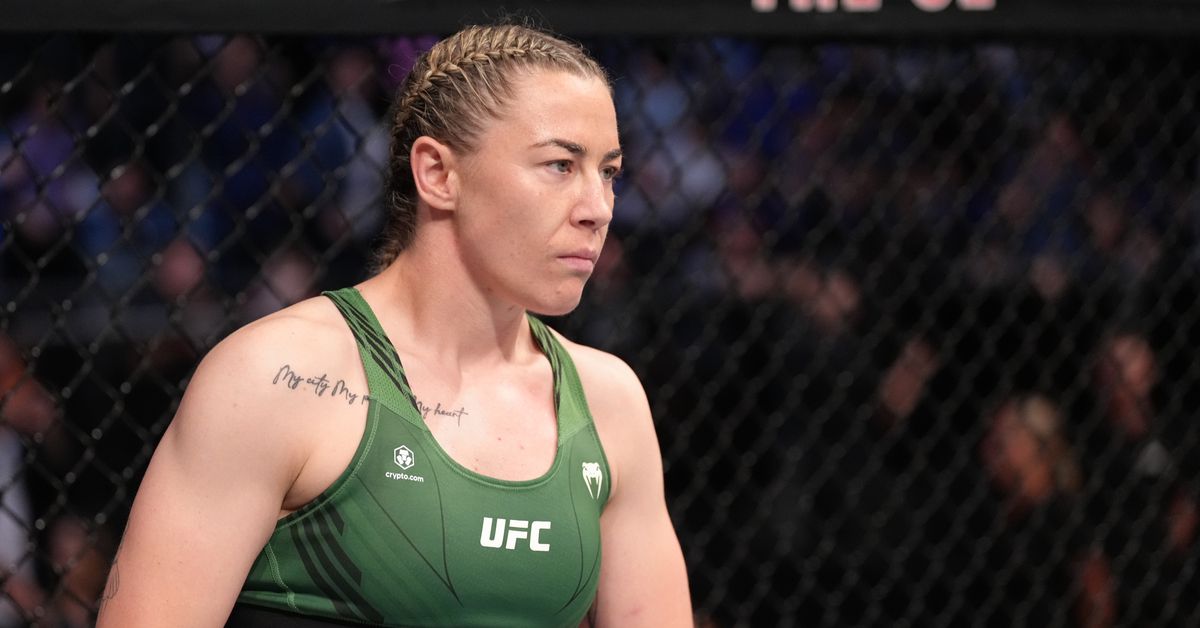 Molly McCann has a famous name in mind after racking up another big win in her home country.

“Meatball” put Hannah Goldy away in a little under four minutes to light up O2 Arena at UFC London on Saturday and was later asked at the evening’s post-fight press conference why she’s angled for a fight with Antonina Shevchenko next. Shevchenko is the sister of flyweight champion Valentina Shevchenko and its that connection that has put Antonina in McCann’s sights.

“I never call anyone out, that’s not for me to do,” McCann said. “But when you talk about legacy, prestige, honor, who’s the best in the game? It’s Valentina. Am I Valentina-ready yet? No, come on. Am I Antonina-ready? Let’s see. I believe I am.

“This isn’t like a diss, but I genuinely think this is an amazing fight to have and I know if they do one fight camp for me, if I ever make it to Shevchenko they’ll have the blueprint. But I’ll also have the blueprint because I’ll know how to beat her sister. So with the greatest respect, I’ve said her name because I think she’s the best.”

McCann is likely correct in her assessment that she won’t be crossing paths with “Bullet” anytime soon, but the English fighter has emerged as a star in her own right. She scored one of the best knockouts of the year at the UFC’s March event in London and thrilled the city with another electrifying finish on Saturday.

It’s not just the end of her fight with Goldy that has McCann thrilled with herself either. She feels that she continues to show an improving all-around game and it’s in no small part to the support of close friend and fellow UFC London standout Paddy Pimblett — and a perfectly timed comment from a fan.

“I gave you fight IQ,” McCann said. “I gave you patience. In positions where I might have been taken down, submitted, controlled, none of that. And I was against the cage and some bird went, ‘Hey girl, you smell nice.’ I was like, ‘What?’ In that moment, the whole fight changed.

“I’m going to be deadly honest with you, sometimes I go back and forth in my mind, ‘Am I who I think I am? Am I going to leave the legacy I think I am?’ And then [Pimblett] goes, ‘Shut up, you’re the ‘Meatball.’ Of course you are.’”

McCann has now won three straight fights and her UFC record stands at 6-3. Whether McCann competes for a title soon or not, she’s more confident than ever that she deserves to be mentioned among the best in the flyweight division.