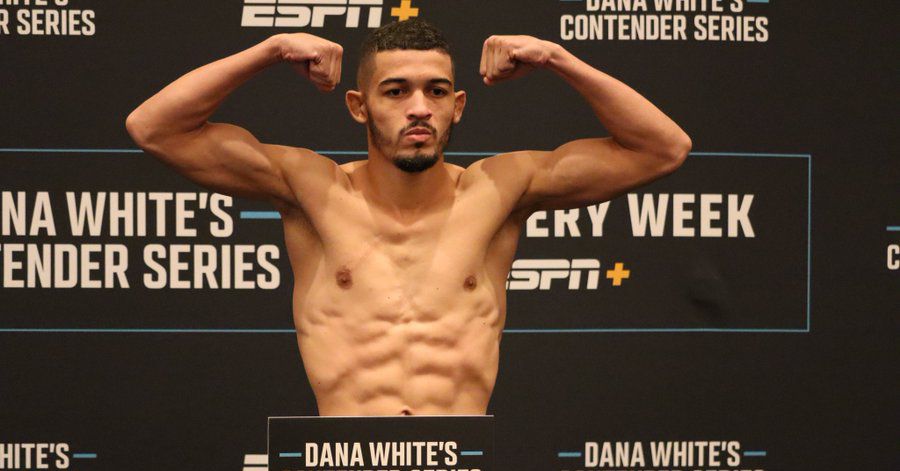 Almost full because things didn’t get off on the right foot for one UFC hopeful.

Willian Souza — who competes in the bantamweight division — missed weight by a whopping 10 pounds for his scheduled bout against Farid Basharat. As a result, Nevada State Athletic Commission (NSAC) had no choice but to cancel the fight.

With a record of 11-1 with all wins coming by way of stoppage, Souza — who also competes at featherweight — was a great prospect heading into the event. Now, there is no telling if he will get another chance to impress Dana White and Co. at a later date given his massive scale fail.

Headlining the latest Contender Series card — which will go down inside UFC Apex and steam on ESPN+ — will be a middleweight fight between Legacy Fighting Alliance (LFA) champion, Osman Diaz (7-1) and Joseph Pyfer (8-2).

For more Contender Series news and notes, be sure to hit up our comprehensive archive right here.