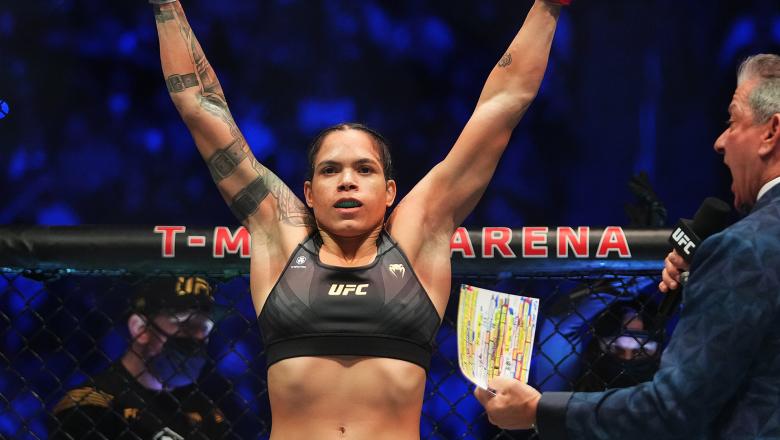 Before the interim title goes up for grabs, Alexandre Pantoja and Alex Perez will face off in a bout to help determine the hierarchy of contenders in the flyweight ranks.

Pantoja was in line to challenge for championship gold last year after defeating Brandon Royval, having politely asked Moreno for the opportunity. The two had fought on The Ultimate Fighter and again in the Octagon following the show, with the Brazilian getting the better of things both times, so another meeting with the Mexican champion made a great deal of sense.

Unfortunately, the Brazilian was sidelined by a knee injury and is only returning now, with designs on collecting another dominant win and re-affirming his standing as one of the top contenders in the 125-pound weight class.

It’s honestly a little surprising to see Perez in this position, as the former title challenger has not competed since that UFC 255 loss to Figueiredo and missed weight on back-to-back occasions last year for fights that ultimately didn’t make it to the Octagon. When he’s on-point and active, Perez is one of the best in the world, having amassed a 6-1 to earn his championship opportunity two years ago after graduating from Dana White’s Contender Series (DWCS) in 2017.

Questions abound heading into this one, and while a couple of them will be tackled on Friday when each man steps on the scale, the majority will be answered when they step into the Octagon on Saturday night.