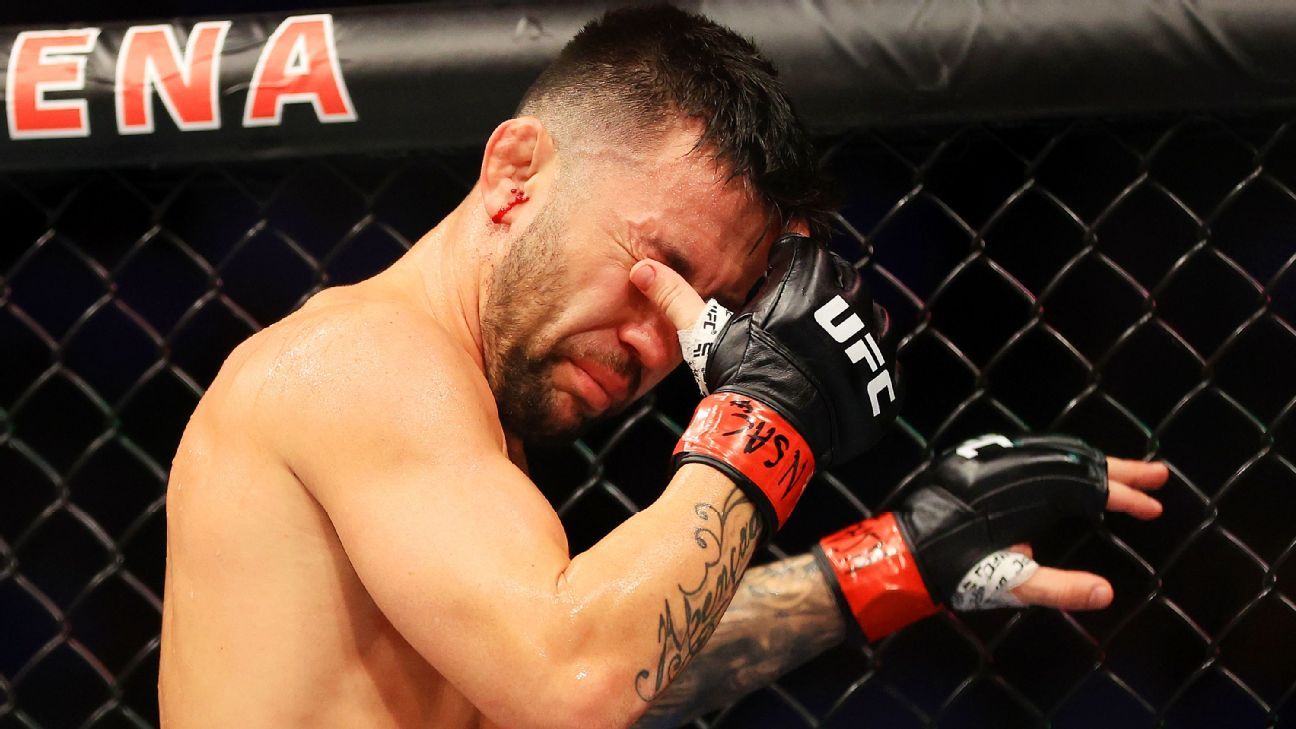 The Association of Boxing Commissions and Combative Sports (ABC) has passed a pair of MMA rule changes, including one that could make a major impact in fights.

On Wednesday at its annual conference, the ABC approved a rule that would give fighters on the receiving end of an eye poke five minutes to recover before the referee must restart the action, according to MMA rules committee chairman Andy Foster, who is also the California State Athletic Commission (CSAC) executive officer. Foster said the change should take effect immediately, as early as UFC 277 on Saturday in Dallas, a card regulated by the Texas Department Licensing and Regulation.

The ABC is the group that oversees state, tribal and provincial athletic commissions in the United States, Canada and beyond. Foster’s rules committee submitted the prospective changes to the ABC body this week at the group’s annual conference in Niagara Falls.

Currently, MMA referees have leeway as to how long to let a fighter recover from an eye poke, but the bout is typically called any time a fighter says he or she cannot see and there is urgency to get the bout going again. The rule change Wednesday will make eye-poke fouls more like low blows, which up until now was the only violation from which fighters were allowed five minutes of recovery time.

“A fighter who has received an eye poke as called by the referee is allowed up to five minutes to recover from the foul as long as the ringside doctors confirms the fighter may possibly continue in the contest once recovered,” the new language reads. “If the fighter states they can see and wish to continue, and confirmed by doctor, the referee shall as soon as practical restart the fight. If the fighter goes over the five-minute time allotment the fight cannot be restarted and the contest must come to an end with the outcome determined by the round and time in which the fight was stopped.”

Eye pokes are common in MMA. The anticipated bantamweight fight between Sean O’Malley and Pedro Munhoz at UFC 276 on July 2 ended when Munhoz suffered an accidental eye poke, was ruled unable to continue and the bout ended in a no contest. If Munhoz had an allotted five minutes of recovery time, it’s possible he could have waited it out and his eye would have felt better. Munhoz was later diagnosed with a scratched cornea.

The other rule change made Wednesday was the allowance of soft, neoprene (synthetic rubber) sleeves on fighters’ knee or ankle joints. Some athletic commissions already allowed ankle and knee sleeves in competition, but some prohibited them. This change was to add more consistency across the board in MMA.

Also approved Wednesday at the ABC conference was the publishing and distribution of an MMA “scoring ladder” chart, which in theory will make understanding the judging criteria more accessible and easier to understand.

On To the Next One: Matches to make after UFC San Diego
Dana White’s Contender Series 49 Faceoffs: One Staredown Goes Off The Rails 😳
UFC 277 Thrill and Agony Video: ‘Julianna was the challenge that I needed’
The REMATCH Is Upon Us 😬
UFC 232: Cris Cyborg vs Amanda Nunes ceremonial weigh in highlight