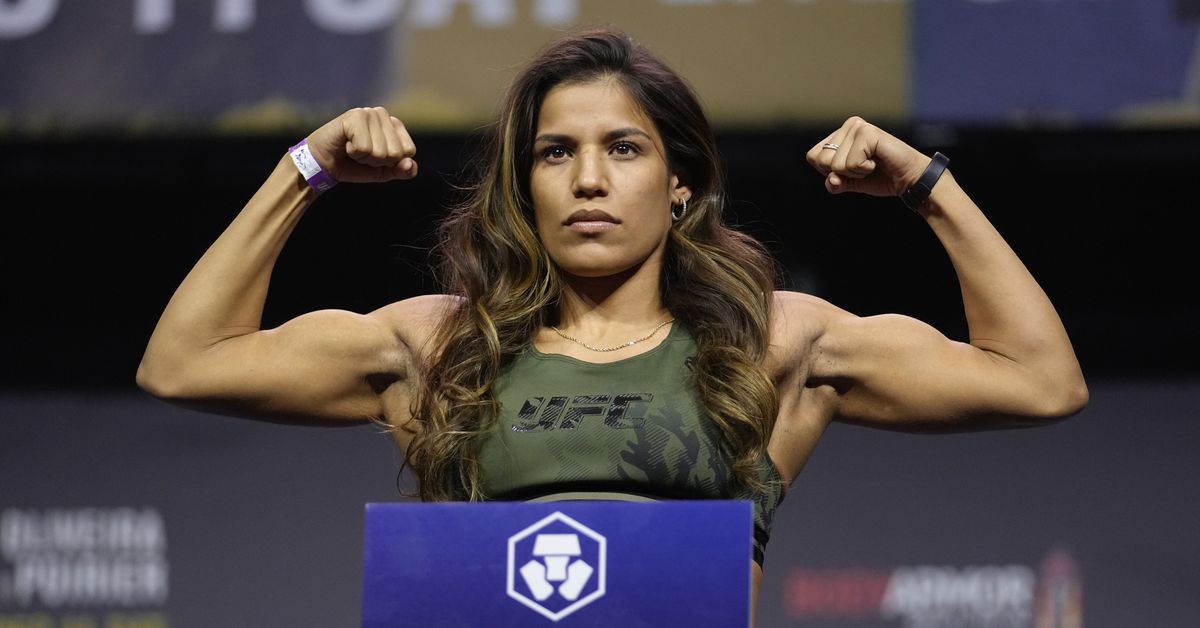 At the UFC 277 official weigh-ins, all 26 fighters on Saturday’s fight card in Dallas will step on the scale Friday, and MMA Fighting will have live weigh-in video, which can be seen above.

In the main event, UFC women’s bantamweight champion Julianna Pena and challenger Amanda Nunes can weigh no more than 135 pounds, the maximum allowed for their bantamweight title fight. In the co-main event, former flyweight champion Brandon Moreno and top contender Kai Kara-France are capped at 125 pounds, the maximum allowed for their interim flyweight title bout.

The UFC 277 official weigh-ins are expected to begin at 10 a.m. ET, and the video will be above.

The UFC 277 ceremonial weigh-ins will be held at 5 p.m. ET, and that video will be available as well.

The REMATCH Is Upon Us 😬
Paris Moran Details The Life Of A Salesman/Fighter | UFC FIGHT PASS
Adesanya Names “Dream Matchups” In Each UFC Division
Jamahal Hill Calls For Title Fight Next: ‘I Want The Shot At Jiri’ | UFC on ESPN 40
Coach Conversations | UFC 278: Kamaru Usman vs Leon Edwards 2