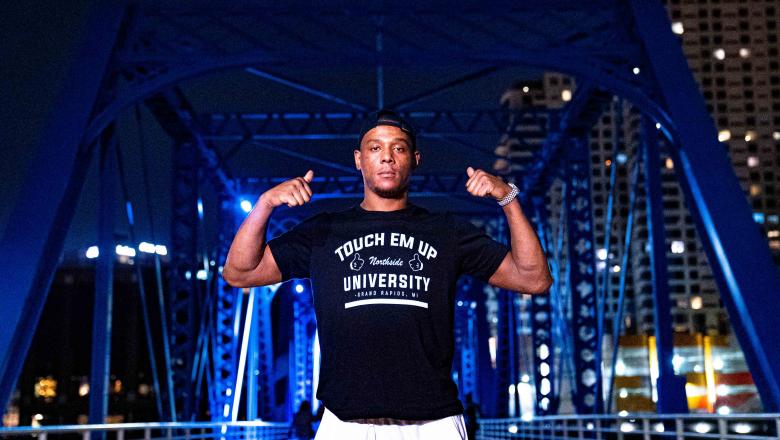 Today, Hill is 10-1-1 and just days away from a main event bout against Thiago Santos. His rise through the UFC light heavyweight rankings has been fast and furious, with statement knockout wins over Ovince Saint Preux, Jimmy Crute, and Johnny Walker proving that Grand Rapids’ finest is right where he belongs.

“The fact that we’ve reached this point that we’re headlining a card that was meant for us and everything that comes with that just means that we’re on the right track,” Hill said. “All those dreams, all those feelings that I had, they weren’t misplaced. That was the higher power talking to me, letting me know that this is what I’m supposed to be doing.”

Hill’s road to this point was far from easy. After graduating high school, he faced a tough decision to pass up a partial scholarship to play college football in order to start working at a factory to pay bills. Hill took a year off to ponder what was best for him and avoid putting himself in unnecessary debt.

“My dad always told me to think about the whole board, don’t think just about the next move,” Hill said. “I had no idea what I wanted to do with my life. I just knew I wanted to be an athlete. I wanted to be in the NBA or the NFL; that was always the dream. That’s when I found MMA.”

Hill had always been into fighting, but it wasn’t until he watched the great Anderson Silva defeat Forrest Griffin at UFC 101 that he seriously considered utilizing his athleticism to pursue a career in MMA.