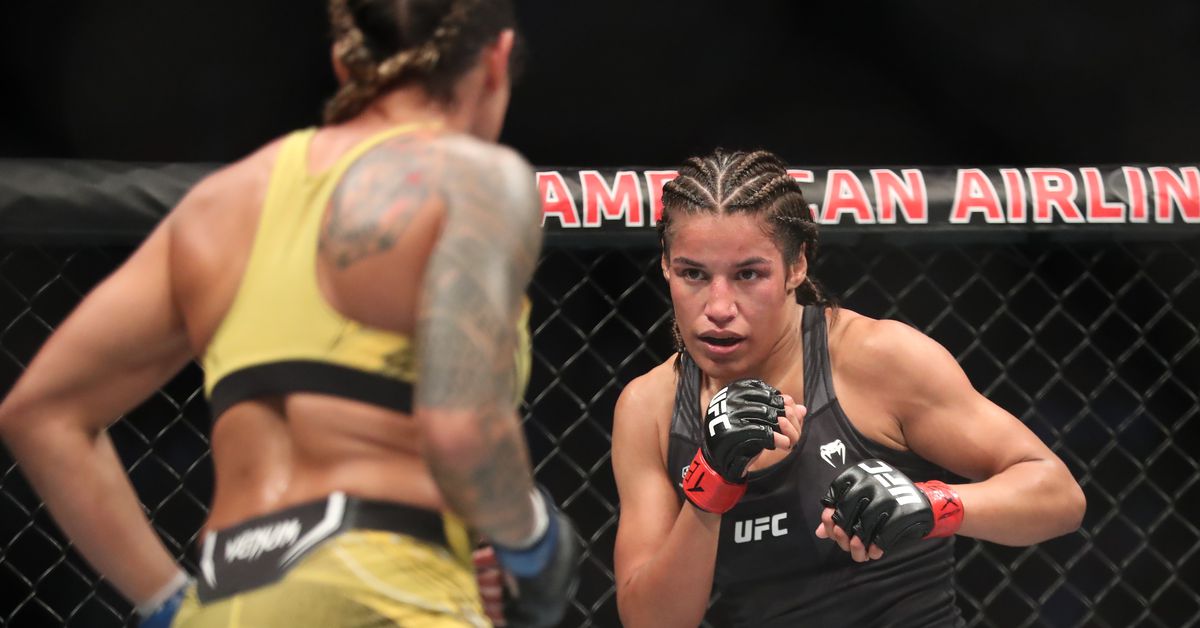 When Julianna Pena defeated Amanda Nunes at UFC 269 in Dec. 2021 to win the women’s Bantamweight belt, she declared it the end of the “Nunes Era” and the beginning of the “Pena Era.” Unfortunately, that didn’t last too long. Seven months later, and Nunes returned with a vengeance, battering Pena across five rounds to regain her “champ-champ” status (watch highlights here).

Pena was left allegedly disfigured, with UFC President, Dana White, stating she’d require a plastic surgeon to repair the damage inflicted by “The Lioness.” But, word of her disfigurement was overblown. In a statement released on social media by “The Venezuelan Vixen,” Pena gave an update on her health and spirits, both of which seem fine.

“Tougher than a two dollar steak,” Pena wrote on her Instagram. “Thanks for the love everyone! Just a cat scratch that required a few stitches, no chunks missing, no surgery necessary. Love you all! We’re 1-1 now #peopleschamp #trilogy #penavsnunes3 #lfg”

As you can see, Pena is still calling herself “The People’s Champion,” and she’s also calling for a trilogy fight against Nunes. That wasn’t a fight that White seemed too interested in setting up, given Nunes’ “dominant” performance over Pena their rematch.

“I thought it was completely dominant,” he told reporters at UFC 277’s post-fight press conference. “There were five knockdowns in the first two rounds…. There’s a big difference between submission attempts and knockdowns. It’s not even comparable.”

While he didn’t directly say that he wanted to make another fight between Nunes and women’s Flyweight champion, Valentina Shevchenko, next, he certainly hinted that it was the smart fight to make.

So, it seems like if Pena wants to settle things with a trilogy fight, she’ll have to tough her way back into the No. 1 contender’s spot in the women’s 135-pound division.

To check out the latest and greatest UFC 277: “Pena vs. Nunes 2” news and notes be sure to hit up our comprehensive event archive right here.