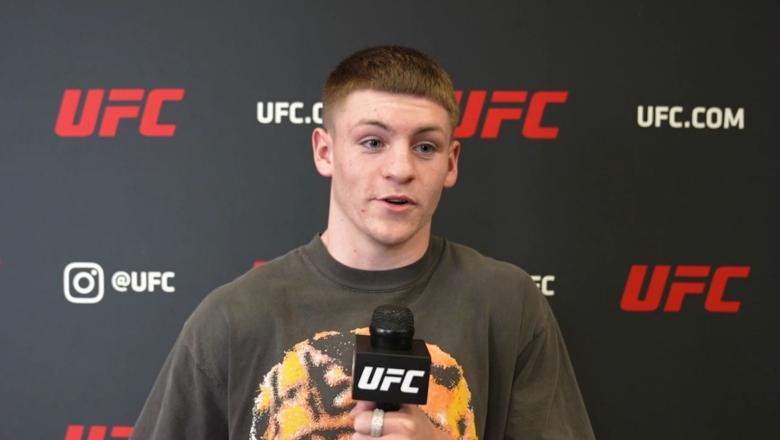 It’s easy for an up-and-coming fighter to simply say those words to appeal to the masses. What boxing fan won’t get behind a guy who says boxers need to return to the days of Muhammad Ali fighting Henry Cooper, Sonny Liston x2 and Floyd Patterson all in a row or Kenny Norton x2, Rudi Lubbers, Joe Frazier and George Foreman in the span of 18 months?

It’s not just words for Walsh, though. He’s demanding his words are marked. When he’s at the top, he’s only calling out the heavy hitters.

“I definitely feel that when I get to that top level, I’ll fight anybody,” Walsh said. “I’ve had that mentality my whole life, I’ve never said no to a fight, I’ve never walked away from a fight. Whoever they tell me to fight, that’s what I’ll do. It’s my job to fight, so why wouldn’t I?”

Aside from his frustration with boxers picking quicker paychecks than giving the term “undisputed champion” the weight it once carried, Walsh’s “feed me to the wolves” mentality comes from his close proximity to MMA, where losing a fight to a Khabib Nurmagomedov or an Alexander Volkanovski doesn’t send you into immediate obscurity.

“So many of these top-level guys are outpricing themselves,” Walsh said. “In the UFC, there’s champions that have six losses; everybody has a couple of losses. That’s how I think boxing should go. Everyone should just fight each other at the top level and one loss shouldn’t make such a big difference to your career. I think that if people looked at it like that, these big fights would happen.”