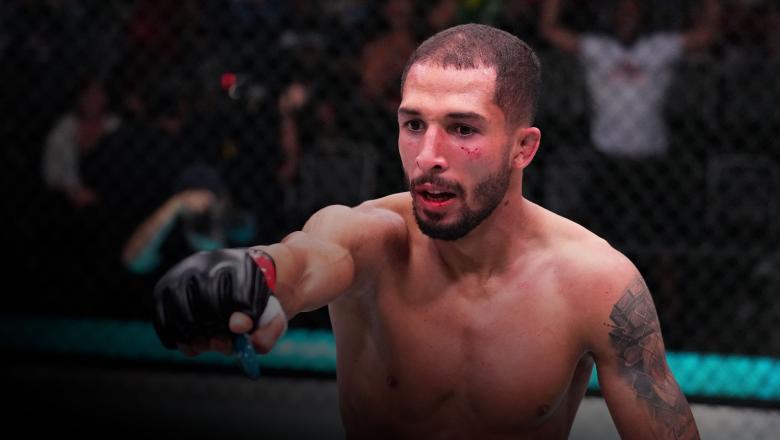 In the first heavyweight fight of the season, former minor league baseball player Waldo Cortes Acosta showed off his fastball, slinging right hands at Danilo Suzart from Jump Street, ultimately earning the stoppage with a hail of unanswered blows along the fence.

Both men came out firing big shots, looking to land a walk-off blow that secured them a contract. Cortes-Acosta quickly established himself as the superior talent, backing Suzart into the fence with a series of big right hands before opting to clinch up and gather his energy.

Watch the UFC Vegas 59 Post-fight Press Conference Live
This Must Be An USMAN Family Thing 🙌
Midnight Mania! Three Months To Cut 47 Pounds?!?
UFC on FOX 14: Alexander Gustafsson vs. Anthony Johnson Staredown
The REMATCH Is Upon Us 😬