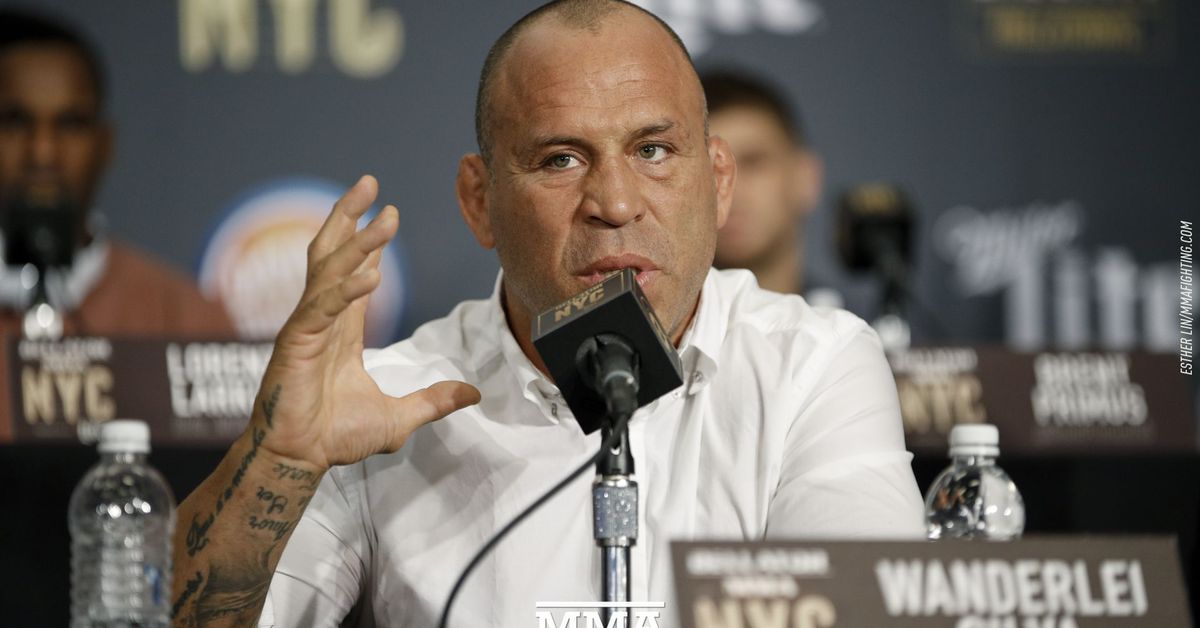 Wanderlei Silva is giving it another go in politics.

A former PRIDE middleweight champion and veteran of the UFC and Bellator, “The Axe Murderer” announced Thursday that he’s officially running for a seat in the Brazilian congress as a federal deputy.

Silva, who hasn’t competed in MMA since 2018 and holds a professional record of 35-14-1 with one no contest, came up short in the 2018 elections for federal deputy after gathering only 13,753 votes at the time. Then affiliated to the Social Democratic Party (PSD) party, Silva now joins the Progressive Party (PP), which sides with Brazil’s far-right president Jair Bolsonaro.

Silva defined himself as “family man proud of his wife and two beautiful children” and “a patriot who always [fights] for freedom.”

“I made this decision because a lot of people complain about our country, a lot of people say nothing works here,” Silva announced on his social media. “In order to change this scenario, I’m running as a candidate for federal deputy in the state of Parana. Our state has never had an athlete with a name representing us and I want to be that person.

“I want to get to Brasilia and bring dignity to our sport and work so it becomes a strong instrument for social inclusion. I’m proof of what sports can do for the youth and I know we can change the lives of many. Besides sports, I’ll fight for strong and efficient public safety that values its professionals.”

Silva mentioned going into his fourth bout with Quinton Jackson at Bellator 206 in 2018 that it could be his last, but never officially announced his retirement for the sport. Months after losing by second-round knockout, the veteran revealed he had several concussion-like symptoms, including “mood swings, getting angry very fast, forgetting some things, having difficulty sleeping.”

MMA Fighting learned that Silva was approached by Fight Music Show officials earlier this year about possibly competing on an event in Curitiba on Sept. 25, but couldn’t come to terms. “The Axe Murderer” hasn’t won a fight in nearly a decade, since his 2013 knockout over Brian Stann in Japan. Silva then parted ways with the UFC and later joined Bellator, where he lost to Chael Sonnen and “Rampage” Jackson.