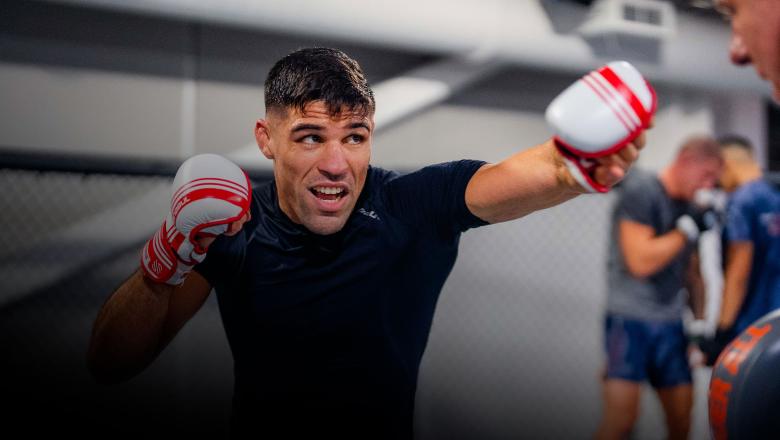 Despite the high expectations surrounding the fight’s entertainment value, neither man is undisciplined in terms of the way they go about their business. The technical aspect of the battle is as crucial as their willingness to walk through the fire.

For his part, Luque – who will switch stances throughout a fight but mostly operates as an orthodox fighter – understands the threats Neal presents from a lefty stance.

“Southpaws always have a big left kick and a big left hand, so that’s what I’m going to be looking for,” he said. “I know those are his biggest tools. Everything else is also dangerous, but those two are the ones that he puts guys out all the time in fights with. That’s what I’m going to be watching for, and overall, just flow with my game. I’ve fought southpaws before, so I feel confident that I can really put him in trouble and just flow. Just do what I do.”

Although Luque is often one of the most mellow and friendliest faces one can encounter during fight week, there’s a slight sense that he wants to make up for his last fight. Not only because it was a loss, but also because he felt like he didn’t fight to his full potential against Muhammad on the biggest stage of his career.