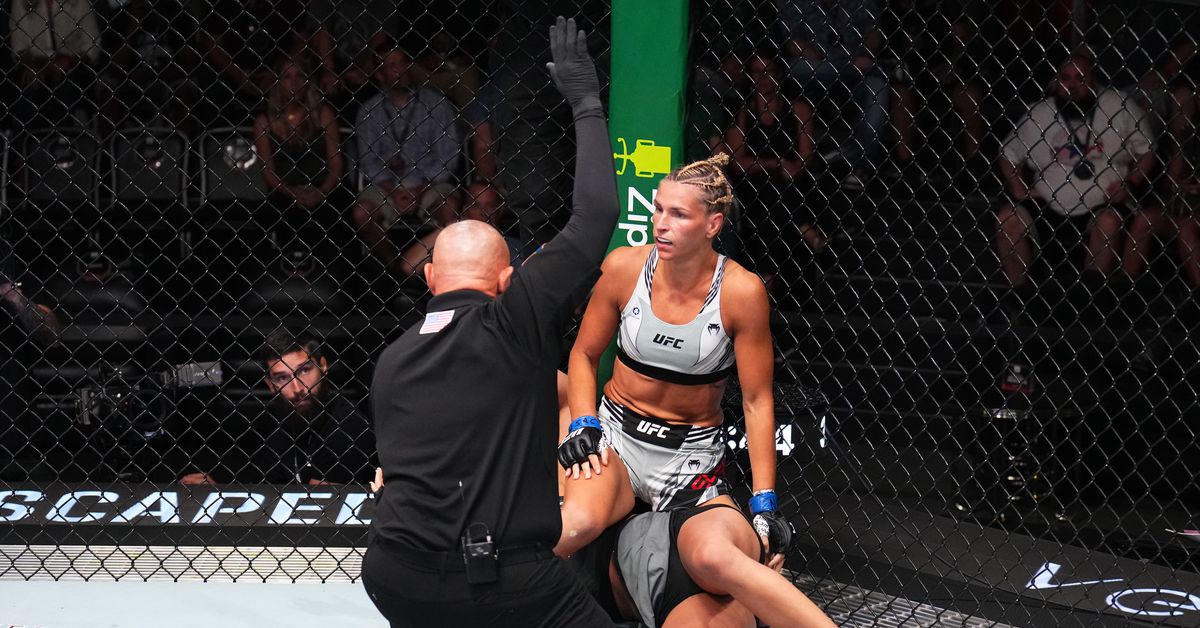 Mayra Bueno Silva released an armbar she said had produced a tap from Stephanie Egger. But when Egger sat up, she did not concede to the submission, prompting referee Chris Tognoni to poll the judges at UFC Vegas 59.

After cageside judge Ron McCarthy said he “absolutely 100 percent” backed Silva, Tognoni made the submission call official at 1:17 of the opening round of Saturday’s bantamweight opener.

Check out the sequence below.

Although every square inch of the octagon is covered, Egger’s hands were not visible due to her position against the cage, in the corner and faced away from Tognoni and cameras.

As the sole arbiter of the contest, Tognoni was within his rights to order a replay, which he did before going to the judges. Veteran official Herb Dean also backed McCarthy and provided a counterpoint to Egger, who reportedly indicated she was trying to escape from the submission when Silva leg go.

An emotional Silva denied wrongdoing in letting go of the tap and said her submission was legit.

As the action replayed, UFC commentator Michael Bisping went as far as to say “I don’t need to see a tap….I know how that feels,” after seeing the position Silva secured against Eggers.

Fighters watching the fight also appeared to be split on Silva, who picked up the fourth-fastest submission in women’s bantamweight history, per the broadcast, and her second straight victory.

Guilty. Obviously she tapped otherwise she would have jumped up and continued to fight!

Don’t let go of the submission ! Fight is not over until the referee calls it! #UFCVegas59

Eggers drops to 2-2 in the octagon after a pair of wins in fights against Shana Young and Jessica-Rose Clark in her previous outings.