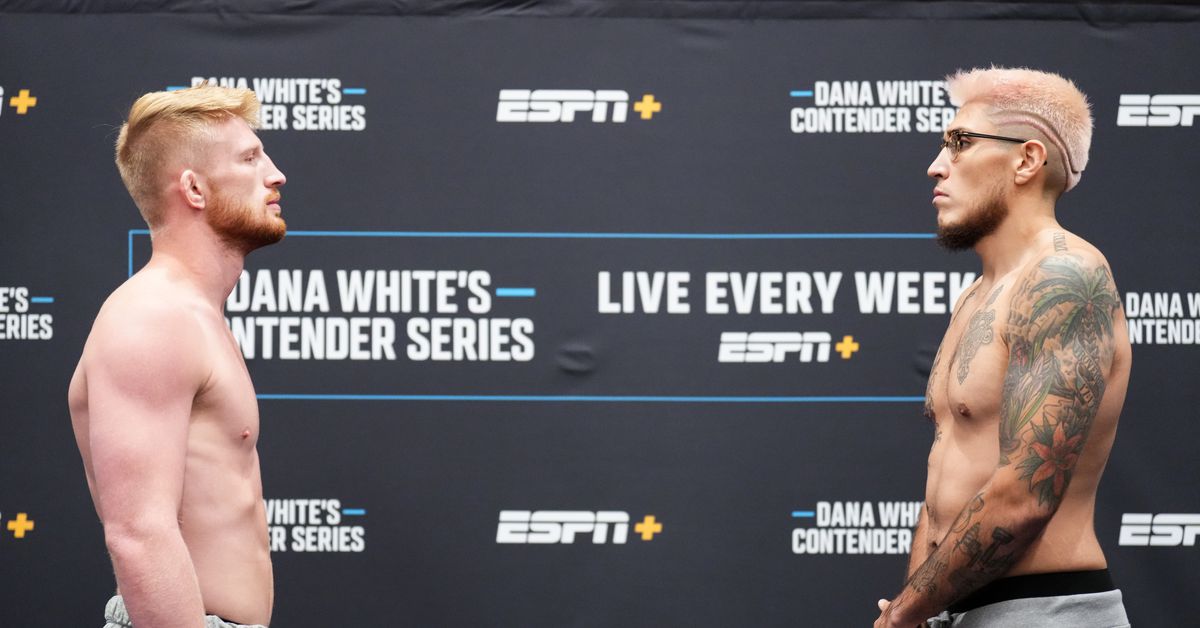 MMA Fighting has Dana White’s Contender Series results for the third week of the sixth season Tuesday night at the UFC APEX in Las Vegas.

Ten up and coming fighters will compete in front of UFC president Dana White, along with matchmakers Sean Shelby and Mick Maynard, with the hopes of walking away with a UFC contract at the end of the night.

In the main event, highly touted prospect Bo Nickal looks to earn his way into the UFC in a welterweight contest against Zachary Borrego.