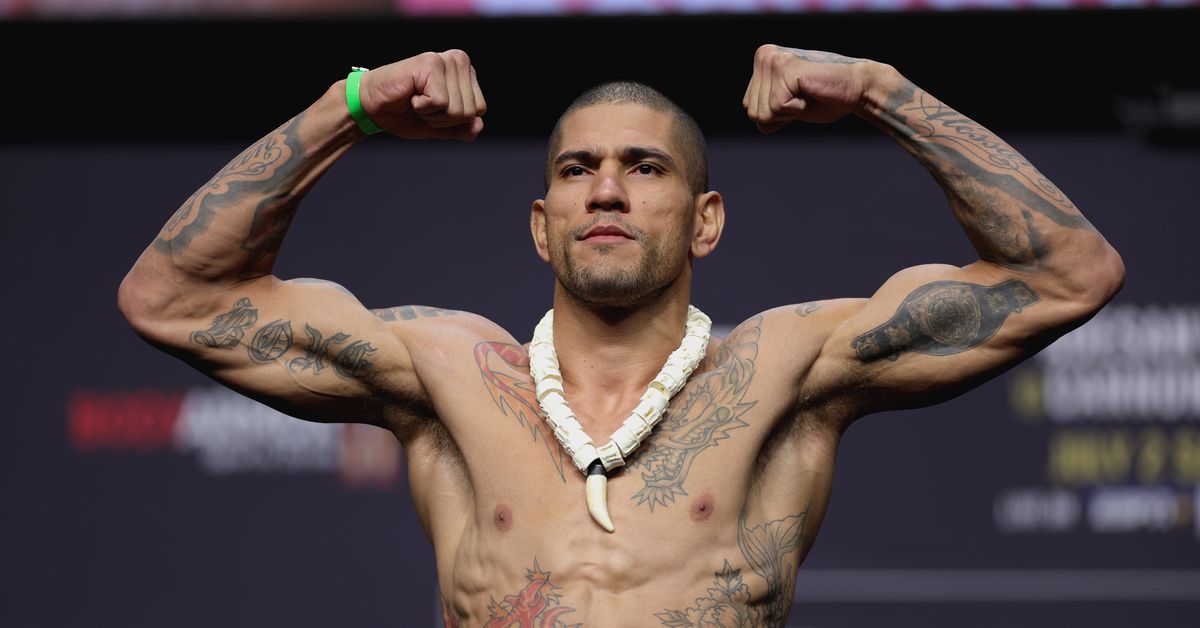 Francis Ngannou isn’t the only fighter bulking up in the off-season.

Alex Pereira is also packing on the pounds, but unlike “The Predator,” Pereira has a fight on the horizon! “Poatan” is scheduled to face UFC Middleweight champion Israel Adesanya in the main event of UFC 281 on Nov. 12. That’s almost exactly three months away, which means that while he does likely have another few weeks before his training camp starts in earnest, Pereira should be actively training at the moment.

He must not be worried though, because Pereira is huge right now. He posted himself on a scale earlier today, clocking in at 105.6 kilograms or roughly 232 pounds. Check out the screengrab below:

In other words, Pereira has three months to lose 47 pounds.

Of course, a fair percentage of that will be water weight, but there’s also going to be a significant amount of dieting in the Brazilian’s future. Though he’s performed well at Middleweight in his trio of UFC wins thus far and has never missed weight, this is also a five-round fight where he has to hit 185 on the dot.

In short, things could get real interesting if this fight sees the championship rounds. Although, perhaps this size is also part of the source of power for the murderous left hook that might end the night early.

We’ll found out in November.

Is anyone else very excited to see the rise of Bo Nickal? Middleweight could use a new prospect. Related: a remarkably sinister idea that made me laugh.

Uriah Hall unexpectedly announced his retirement late last night. If it does indeed stick, Hall walks away having given us some incredible highlights.

I may be wrong, but this match up reads to me like a wrestler + wrestler = kickboxing match.

Dagestani basketball is going to take the sports world by storm.

A neat promo collaboration between Michael Bisping and Leon Edwards!

Marlon Vera has really developed into one of the nastiest finishers on the roster.