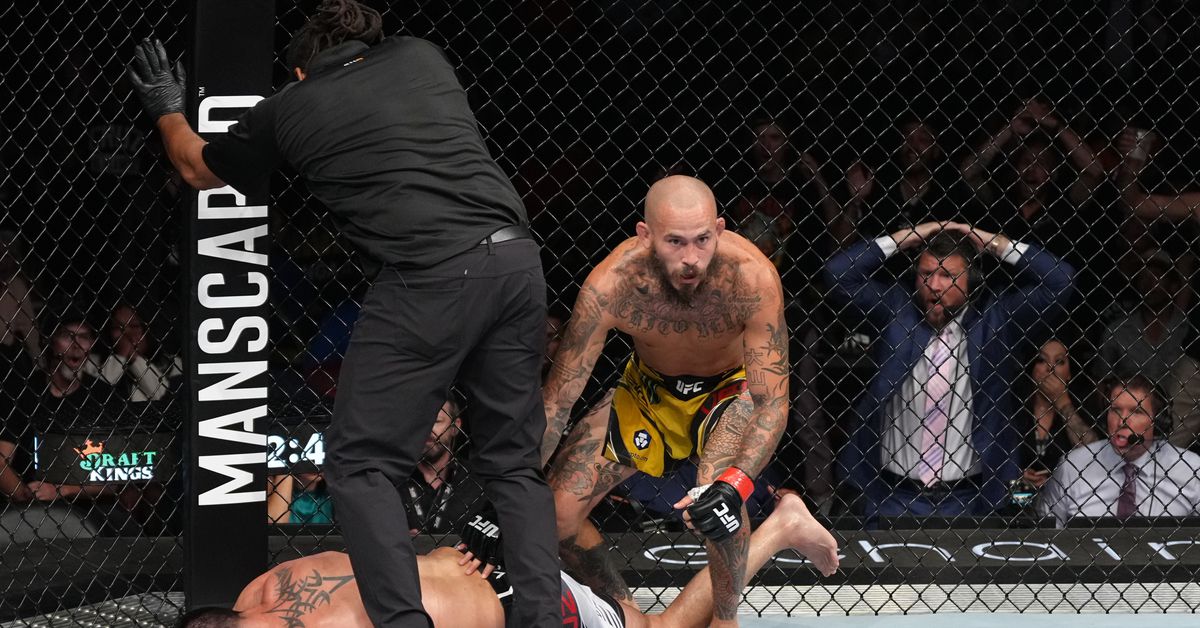 Marlon Vera has inserted himself in the UFC bantamweight title conversation following his monster knockout of Dominick Cruz in the main event of UFC San Diego, but how much more work does he need to do before getting his championship opportunity?

This week, on an all-new edition of On To the Next One, MMA Fighting’s Mike Heck and Alexander K. Lee put the matchmaking hats on following Saturday’s UFC event and discuss what is next for both Vera and Cruz following their 135-pound contest. In addition, future matchups are discussed for Nate Landwehr following his crazy win over David Onama in the featherweight co-main event, Yazmin Jauregui after her impressive octagon debut victory in the strawweight division, along with Azamat Murzakanov, Priscila Cachoeira, Gerald Meerschaert, and more.

Audio-only versions of the podcast can be found below, on Apple Podcasts, Google Podcasts, Spotify, iHeartRadio, Stitcher, and wherever you find your favorite podcasts.