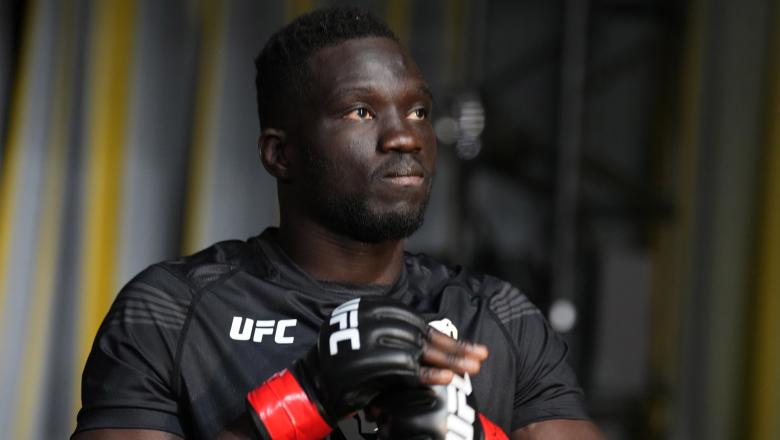 With good reason. The Uganda native is 2-1 in the UFC since making his debut last October, with a competitive three-rounder at 155 pounds against Mason Jones on short notice followed by a pair of finishes over Gabriel Benitez and Garrett Armfield that have him on the radar of fight fans looking for the next big thing in the 145-pound weight class. But Onama refuses to get engulfed by the attention, whether good or bad.

“I’ve been getting a lot of people reaching out to me, but it’s a game,” he said of life in the spotlight. “Whenever you’re doing good in life, you’re gonna have people that are gonna support you and people that are gonna hate on you – I have both, and I support all of them and love all of them, because without haters, you’re not poppin’, so it’s good to have haters sometimes because it’s only gonna motivate you. I’m just gonna keep doing me, whether they love it or not – I’m gonna keep doing what I love.”

Watching Onama fight, it’s hard to believe anyone could have anything negative to say, but this is 2022, so all bets are off on that topic. But when it comes to love, Onama isn’t kidding when he says he loves what he does for a living. Again, watch him fight and you can see it.

“That is pretty accurate,” he said. “I like having fun, going in there and doing me. I want to give the fans what they want to see. I’m excited, and everybody wants to see that.”

But what about those around him? Do they ever tell him, “Hey, David, this is a serious business, stop having so much fun?”

“Most of them,” he laughs. “Coaches, teammates, fans – but everybody knows I’m just going in there to have fun.”