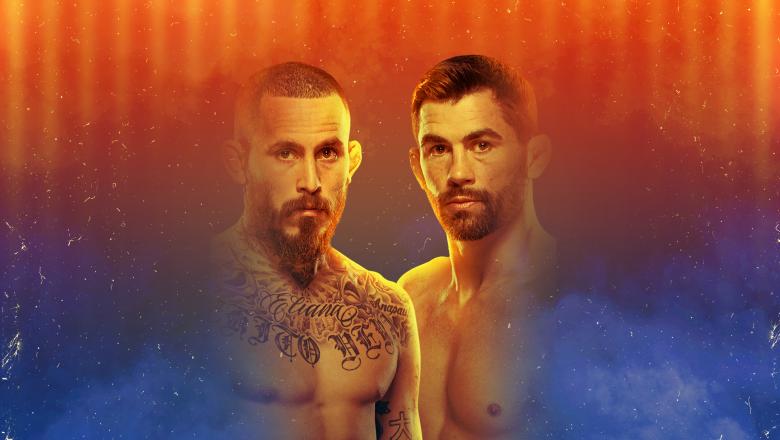 Onama’s punches were coming fast, straight and accurate from the start, and midway through the round, he dropped Landwehr briefly with a right hand. Landwehr was sent down a second time moments later, and it looked like the fight was over, but he weathered the incoming storm and actually got into Onama’s guard on the mat, where he landed some ground strikes before the two rose. Onama went on the attack, and Landwehr was bloodied, but unbowed, as he made it out of the round.

Landwehr landed several hard shots on David Onama as the second round commenced, forcing a clinch. It was Landwehr who got the takedown, though, and as Onama rose, he ate more hard shots before a submission attempt from “Nate the Train.” Onama was clearly tired, and while he tried to fire back, it was Landwehr now in total control, and when submission attempts didn’t work, he went back to his ground strikes adding to the trouble his foe was in.