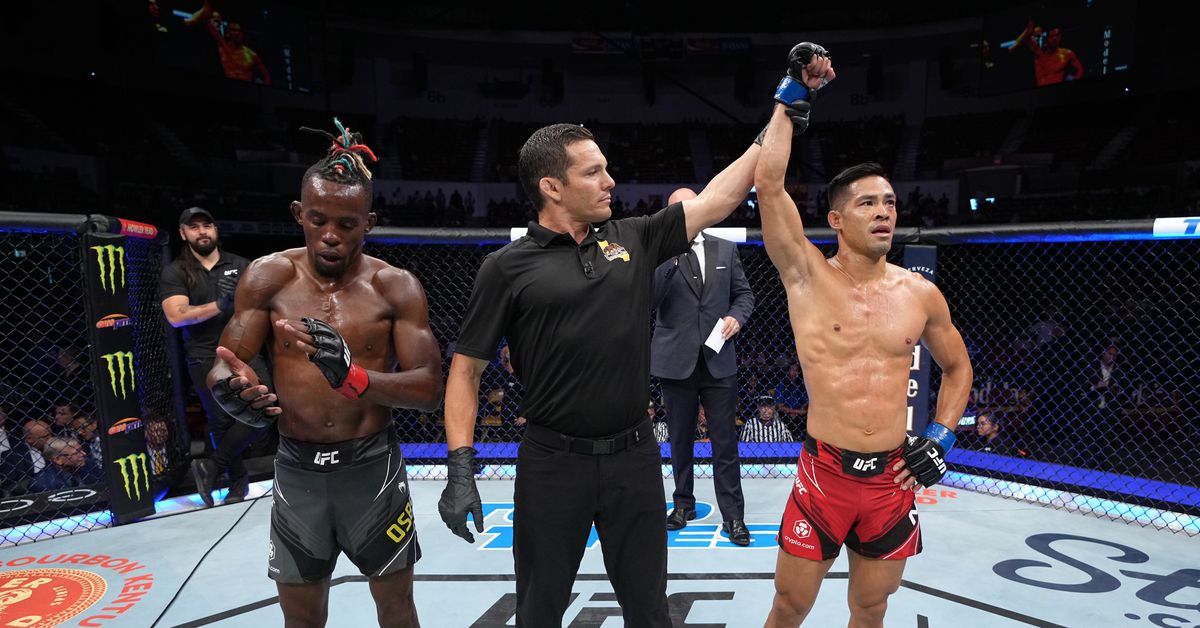 The 38-year-old Hawaii native added a 13th career knockout victory to his resume this past weekend (Aug. 13, 2022) at UFC San Diego. Tasked with Ode’ Osbourne, Nam closed the show with his patented powerful fists one second under the three-minute mark of round one (watch highlights).

With the event taking place in the state of California, athletes also weigh in during fight day to make sure there isn’t any extreme weight cutting going on. Nam, who weighed in at 126 pounds on official weigh-in day, was 20 pounds heavier on fight night according to ESPN, tipping the scale at 146.2 pounds — a 16 percent weight increase.

California State Athletic Commission (CSAC) executive officer, Andy Foster, informed ESPN that Nam will no longer be allowed to compete at Flyweight in the state unless he can change his rehydration approach. A 10 percent fight night increase sees athletes flagged by the commission, whereas 16 is a violation.

In the case of Nam (21-12-1) specifically, he has fought the majority of his career as a 135 pound Bantamweight, missing weight in that division in June 2020 against Zarrukh Adashev.

Other notable weight inflations came from the event’s headliners, Dominick Cruz and Marlon “Chito” Vera who also surpassed the 10 percent. The 135 pound bout saw Cruz at 154 on fight night with Vera at 151.8.

Despite 10 of the 26 fighters weighing heavier by 10 percent on UFC San Diego overall, Foster labeled it an improvement over recent cards.