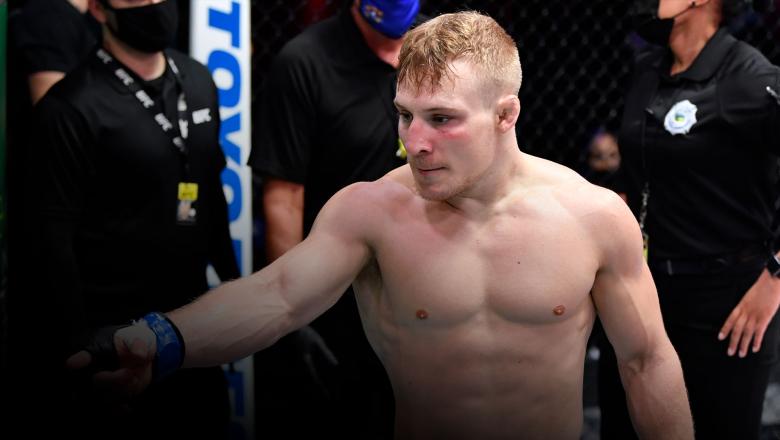 Loosa, who trains with Kill Cliff FC in Florida, also competed on 2021’s Contender Series although he fell to Australian prospect Jack Della Maddalena. After securing another win on the regional scene, he made his Octagon debut against Mounir Lazzez at UFC Fight Night: Luque vs Muhammad 2 and fell via unanimous decision.

With a keen sense of how Loosa might feel coming into their matchup, Fletcher anticipates a steep test, but one he feels fully prepped to pass with flying colors.

“He’s athletic, he’s explosive, he trains at a really good gym, he’s around a lot of high-level guys, and he’s coming off of a loss,” Fletcher said. “He’s probably got a little bit of that same spirit I do, and his back’s against the wall, and he’s looking to fight himself out. I’m expecting that. I’m expecting Ange to come ready, and probably this will be the best version of Ange. That being said, just like everybody in this game, he’s got his own openings. He’s got certain tendencies he likes to do. He’s got certain positions he’s not great in, and I’m going to put him in them. I’m going to melt him in this fight.”

Although the loss to Semelsberger is an unerasable blip on Fletcher’s record, he does take a little bit of heart in the fact of that matchup happening in the UFC APEX while this fight comes on a pay-per-view inside Salt Lake City’s Vivint Arena.

That, at least, makes it a little sweeter when Fletcher considers racking up his 10th professional victory.

“When you dream up the big UFC dream, you envision that debut happening in front of thousands of people in the crowd going crazy about the win and all that,” Fletcher said. “As far as that, I felt like the APEX experience was cool, but I feel like I’m one of those guys that rises to the occasion when there’s a crowd and when there’s more electricity in the air a little bit.”

FREE FIGHTS: Usman vs Masivdal 2 | Usman vs Edwards 1 | Costa vs Romero | Rockhold vs Weidman | Edwards vs Diaz | Usman vs Covington 2

The Lafayette native isn’t looking past Loosa by any means. Each walk to the Octagon is met with a stiff test, an occasion upon which your best is called. Although he didn’t clear his first hurdle, Fletcher didn’t stop running toward his goal, and even though that goal is one that marinates in any young fighter’s mind, he’s doing his best to manage his forecasts of the emotions potentially to come.

“I don’t want to put too much expectation on it. I’ve got every scenario I’ve dreamed of, of how it’s going to play out. But really, with this fight and all of them, I kind of just take it for what it is. And I can imagine when I get my hand raised and I get my name said and the crowd goes wild and I see my family and all who are finally going to be able to make it out and see me at this level. But to really put words to it, I can’t do it just yet. Maybe I’ll be able to after, but it’ll be exciting. I know that. So I’m looking forward to that.”