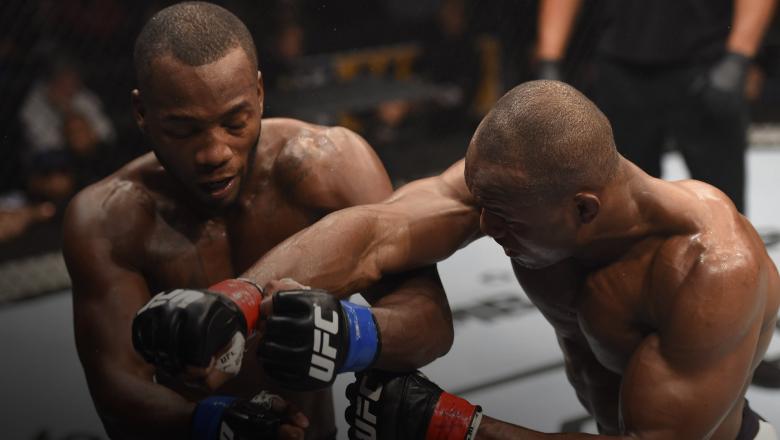 There were moments that tested Edwards’ patience along the way though. Fight cancelations, injuries, and the COVID-19 pandemic prevented Edwards from participating in some marquee matchups that could have earned him this title shot earlier.

But “Rocky” remained confident that he wouldn’t be denied a title shot, even after an unfortunate eye poke resulted in a no contest with fellow contender Belal Muhammad. And finally, Edwards has his chance at settling the score with Usman, this time with the welterweight title on the line.

With the highly anticipated rematch years in the making, both men are excited for the challenge and looking forward to making a major statement.

Usman on the rematch: “I expect Leon to come with his best gameplan and the best version of himself and I will do the same,” Usman told UFC.com. “If he did his homework, Salt Lake City might be in for a treat.”

Edwards on the rematch: “This is a totally different fight from what it was the first fight. If either of us approach it as we did back then, we will lose,” Edwards told UFC.com. “He’s a new guy, I’m a new guy and I’m going to go out there and figure him out.”