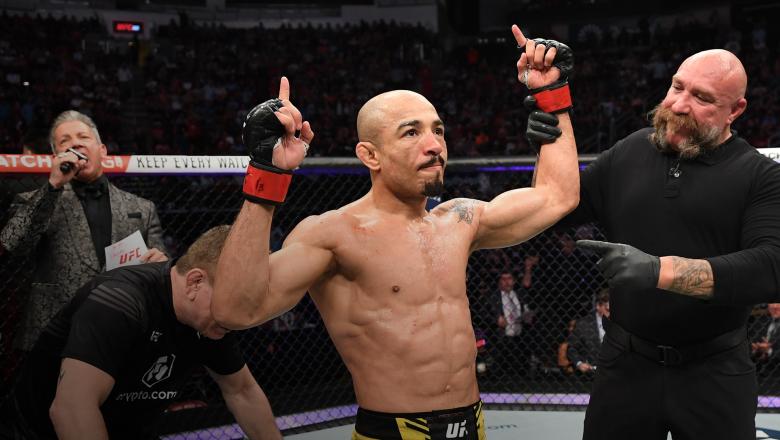 Aldo’s improvements in his standup game hid the fact that his grappling is still top-notch. Controlling Font for nine minutes on the mat, the win showed that Aldo was becoming the well-rounded and dangerous fighter he was at featherweight, just now 10 pounds south.

Stringing together three consecutive wins, Aldo finds himself in the UFC bantamweight division’s Top 5. Today, he looks to stay in the driver’s seat on the road to a title shot, when he takes on Merab Dvalishvili on the UFC 278: Usman vs Edwards 2 main card in Salt Lake City.

“He’s always very aggressive,” Aldo said of his opponent. “He looks to grapple and attack all the time. But I’ve seen that when he gets hit, he tends to slow down. Obviously, it’s a very tough fight. As I said, I’ve prepared for that, but I feel very calm regarding what I have to do. No matter what happens, I’m ready. I know I’m going to win, and I hope to win quickly by knockout.”

A win over Dvalishvili may earn the King of Rio a second opportunity at the bantamweight title, an opportunity that could provide Aldo with the perfect swan song to close out his Hall of Fame caliber career.

“Sterling and TJ are fighting in October, so if everything goes well and Sterling wins without any injuries and he takes this fight, that’d be perfect for me. It would be the perfect way to end my career; fighting at home where I have all my friends and family.”