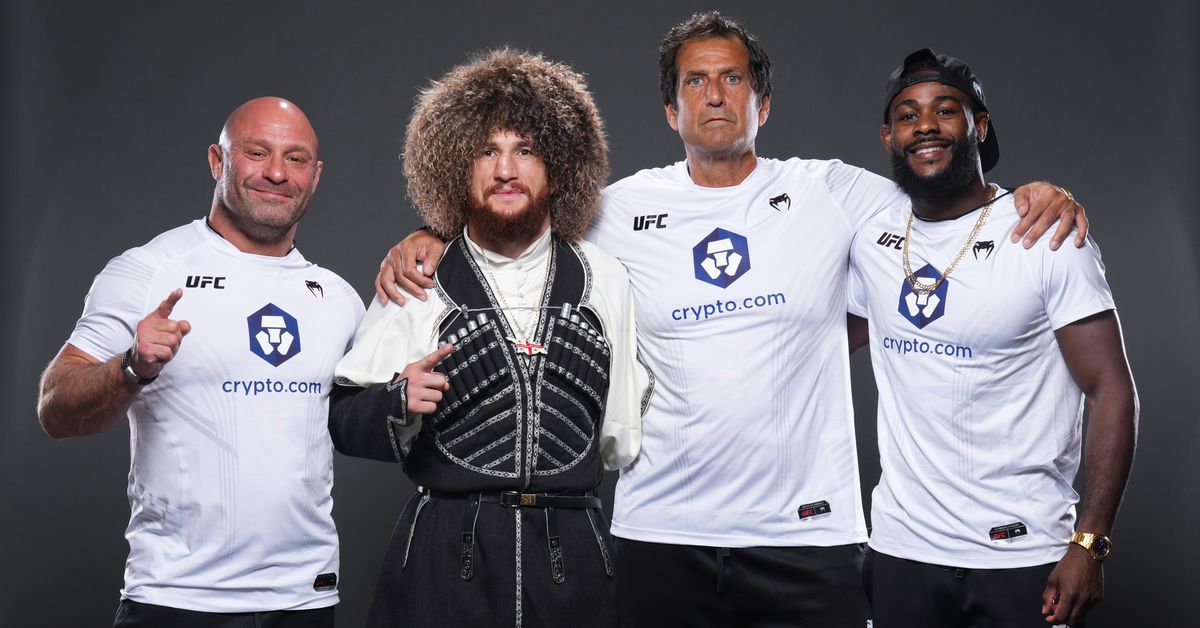 Merab Dvalishvili will enter the top-five in the UFC’s bantamweight rankings this week after defeating José Aldo at UFC 278, and although he has a plethora of big fight options ahead of him, he’s solely focused on helping his teammate — and current 135-pound champ — Aljamain Sterling prepare for this next title defense.

Dvalishvili earned a unanimous decision win against Aldo in the featured bout of Saturday’s event in Salt Lake City. With eight straight wins, “The Machine” certainly has inserted himself into the title conversation. Dvalishvili has said countless times he will not fight Sterling due to their relationship, and right now, he’s not even focused on his next opponent as Sterling is getting ready to defend against T.J. Dillashaw at UFC 280 in October — even though he feels he could turnaround quickly.

“I’m ready now, next week, I’m good,” Dvalishvili told reporters following his UFC 278 win. “There’s so many more fights for me, and our division is [the] most exciting. There’s so many young guys, former champions, Henry Cejudo coming back, there’s so many.

“Monday, I’ll be in the gym helping Aljo. He was helping me for this training camp — not only training, but everything with me, weight cuts, and everything like that. We have a big fight, Aljo’s [defending] the title against cheater, and he’ll beat T.J. Dillashaw.”

For now, Aldo’s title hopes fade off into the distance after having his three-fight win streak snapped. Dvalishvili is thrilled to get his hand raised against anybody who he shares the octagon with, but he understands that a win over the former featherweight champion is a special one.

“I feel great,” Dvalishvili said. “I’m happy, of course. This is my 10th fight in the UFC and I don’t feel like I lost the first two [UFC fights of my career], but every victory is huge in the UFC and [getting a win] against José Aldo, of course, is big.”