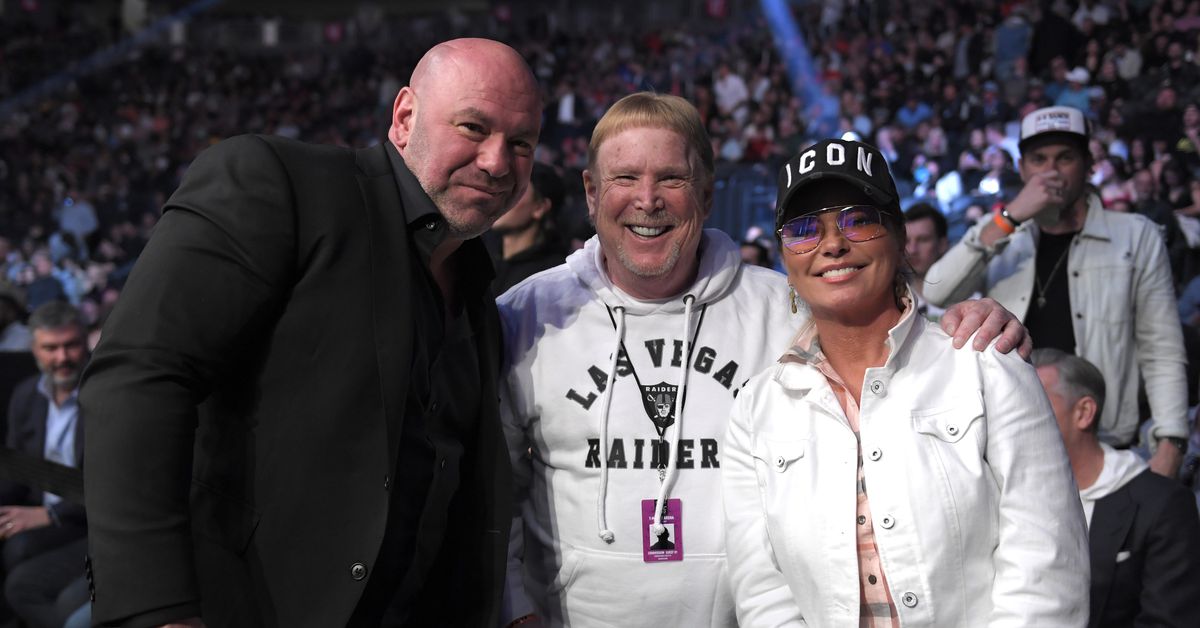 Dana White leaves the majority of matchmaking to Mick Maynard and Sean Shelby, but is involved in putting together many of the bigger, monumental UFC fights. Apparently, he’s also involved in doing some similar big ticket work for the Las Vegas Raiders.

Saturday’s UFC pay-per-view featured a special ‘UFC 278 with The Gronks’ option on ESPN+ where you could watch the fights alongside former NFL tight end Rob Gronkowski and his brothers. During the broadcast, UFC president Dana White made an appearance and dropped a bombshell about a near-signing for the Las Vegas Raiders in 2020. A deal he brokered would have seen Rob Gronkowski and legendary quarterback Tom Brady join the team.

“I worked to put that deal together for Brady and Gronk to come to the Raiders,” White said. “And it was almost a done deal. And at the last minute, Gruden blew the deal up and said that he didn’t want ‘em. And all hell broke loose, man. It was crazy.”

“Tom was looking for houses and everything” pic.twitter.com/JI73ivoAoK

“Brady was already looking at houses, and it wasn’t being said yet that Gronk was coming. So Las Vegas would have had Brady and Gronk the year that the Buccaneers won the Super Bowl, except [coach Jon] Gruden blew the deal up. And there’s so much story that goes along with this behind the scenes. And I was never going to tell that story until Gronk just said it.”

Gronkowski backed up White’s story, saying “Dana, that is exactly what happened.”

Now, we’re not football maniacs around here, we’re MMA Maniacs. But even we know that bringing “TB12” and “The Gronk” to the Raiders for their inaugural season in Las Vegas would have been nuts. And it’s not surprising that a racist, homophobic, misogynistic dope like Jon Gruden would be the cause of the deal falling apart.

We’d just love to know, in Dana White’s own words, what the behind-the-scenes specifics were that led to such a boneheaded decision on Gruden’s part. But White was pretty tight-lipped about the situation afterward.

“I didn’t want to talk about that, no, but [Gronk] sorta sucked me into it on live TV,” White said at the UFC 278 post-fight press conference. “Yeah, it’s true. I talked Brady into playing for the Raiders and Gronk was coming with him. And they were negotiating the deal and really close to getting it done. And then Gruden pulled the deal and … Brady was not happy about it. Neither was I. And … yeah. That’s that.”

“He went to the Buccaneers and won the Super Bowl. I didn’t want a box [seat] there, I wanted Brady there, you know what I mean? Crazy. Yeah, it’s true. And I thought I’d never tell that story publicly but … I don’t know what the hell Gronk was doing bringing that up. It would have been amazing for the city, it would have been amazing for the Raiders. Their first year there, they got Brady and Gronk?”

As for what else you missed if you didn’t watch the Gronkcast version of UFC 278 … well, of course these guys had to do some shoeys out of nice clean new shoes with no spit in them.

The Gronks gave some love to Luke Rockhold after he announced his retirement:

Report: Figgy-Baby 4 Headed To UFC 283 In Brazil
Coach Khabib in the corner of Islam Makhachev 🗣
What else can Bo Nickal prove in Dana White’s Contender Series?
Alatengheili Is On A Mission To Make The Top 15
Own A Piece of Nate Diaz’s UFC Legacy… And There’s A Surprise