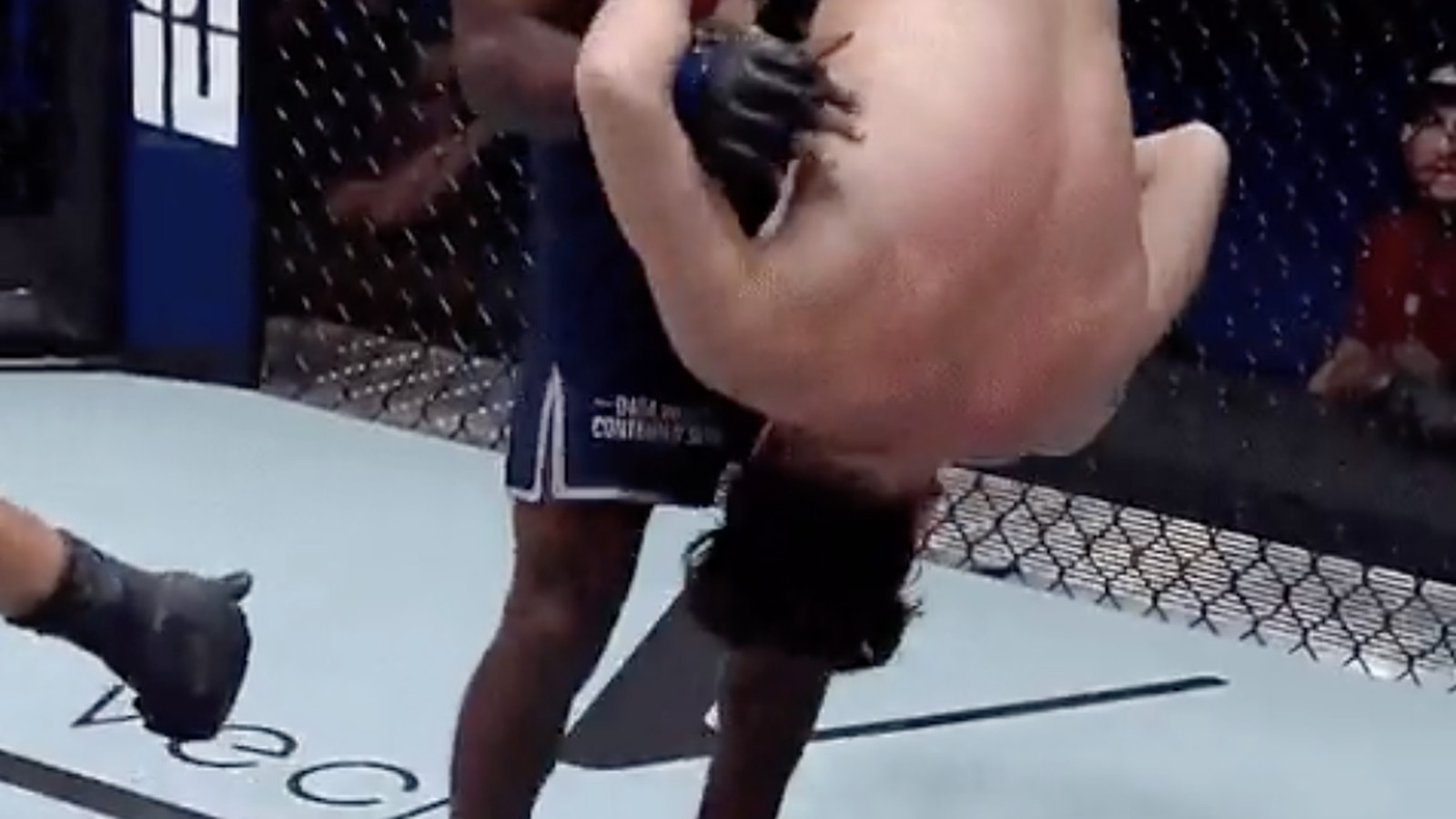 Flowers was stuck in an inverted triangle submission attempt from Gogoladze and channeled former WWE wrestler “The Undertaker” by using the leverage to slam Gogoladze to the floor, narrowly avoiding a foul for head spiking in the process.

The injured Gogoladze was unable to continue and Flowers was awarded the technical knockout victory. The 27 year-old “Beast Mode,” who improved to 12-5-1 with his quick finish, was one of five UFC hopefuls to score a contract this week.

Here’s another angle of the finish:

The 12-3 Gogoladze, still just 24, snapped a three-fight win streak in defeat and was finished for the first time in his professional career. The Georgian “Sniper” appears to have dislocated his shoulder attempting a Kimura before the slam, according a new video released by his team.

As Merab says in the video, Amiran dislocated his shoulder while trying Kimura before the slam. It is also clear to see in the replays. Video below. pic.twitter.com/K1vL8ufOle

This is the moment when Amiran Gogoladze injured his shoulder and not when he got slammed.

All respect to Darrius, no hate, he worked hard as well, but he didn’t won via slam, Amiran injured his shoulder before the slam. pic.twitter.com/48P6NvNZA8