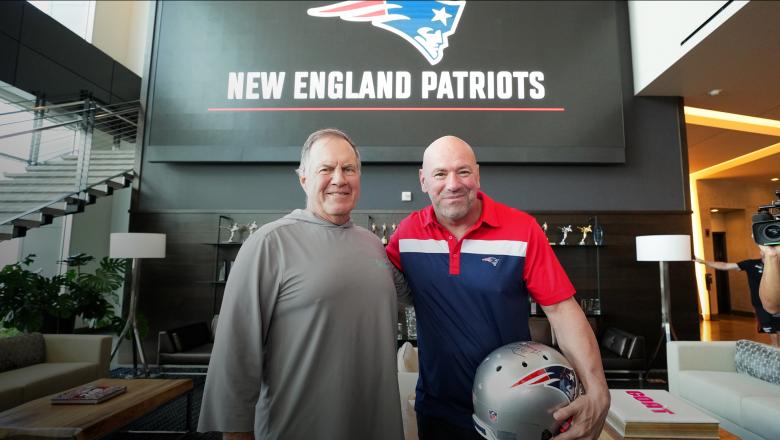 At the end of their visit, the Patriots’ players received Venum bags filled with UFC gear, while White wrapped a UFC championship belt around Belichick’s waist. Belichick, not known for demonstrative shows of emotion, threw his arms in the air as if he just won a world title, drawing a large reaction from his players and staff.

“The New England Patriots are the greatest team in NFL history, and it was an honor to host them here at UFC today,” UFC President Dana White said. “Having Coach Belichick, who is the greatest coach of all time, and his team here for a tour of our facilities was amazing and as a Boston fan, it couldn’t have been a better f****** experience.”