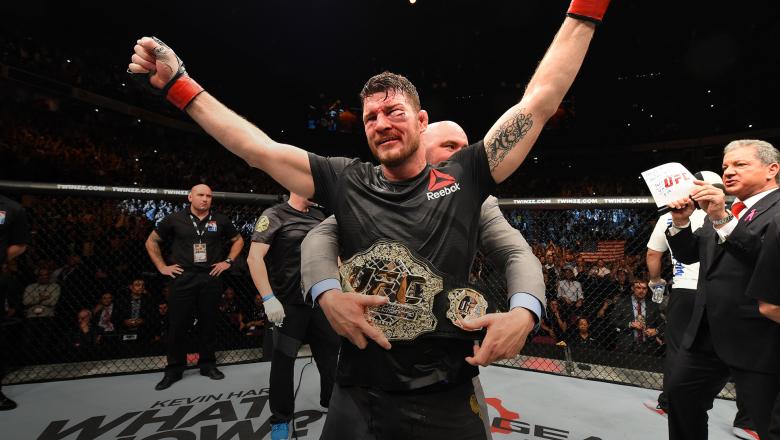 The two showed respect for each other early, taking hard kicks at range, cautious to wade into the pocket too frequently or carelessly. Hardy landed with a couple different left hooks, smiling each time it found its home, but Condit was never too bothered; taking the blow without pause and returning fire when he could.

As the duo started to settle in a few minutes into the fight, they each started letting go with their strikes a little more freely, with Hardy continuing to hunt the left hook. He found a home for it again a couple times and appeared to sting Condit at one point, filling him with confidence, prompting him to press forward with a little more assuredness.

He kept searching for the chin with the left hook — again and again and again — and as Condit stepped into the pocket, Hardy looked for it once more, but was beaten to the punch. “The Natural Born Killer” detonated a left hook of his own on Hardy’s chin and the fight was over in a flash.

If you watch the replay, Hardy landed and caused Condit to stagger to his left, but the American connected quicker and with more force, dropping the Brit and bringing the fight to a close.

It took two fights for McGregor to become a burgeoning superstar in the UFC, but in that second contest, the Irishman tore his ACL, forcing him to the sidelines.

Not only was this his return, but it came in his hometown of Dublin, in the main event of an electric night of action at The 02 Arena. The official numbers say there were 9,500 people in attendance, but even through the television screen, it felt like there were two or three times as many people there.