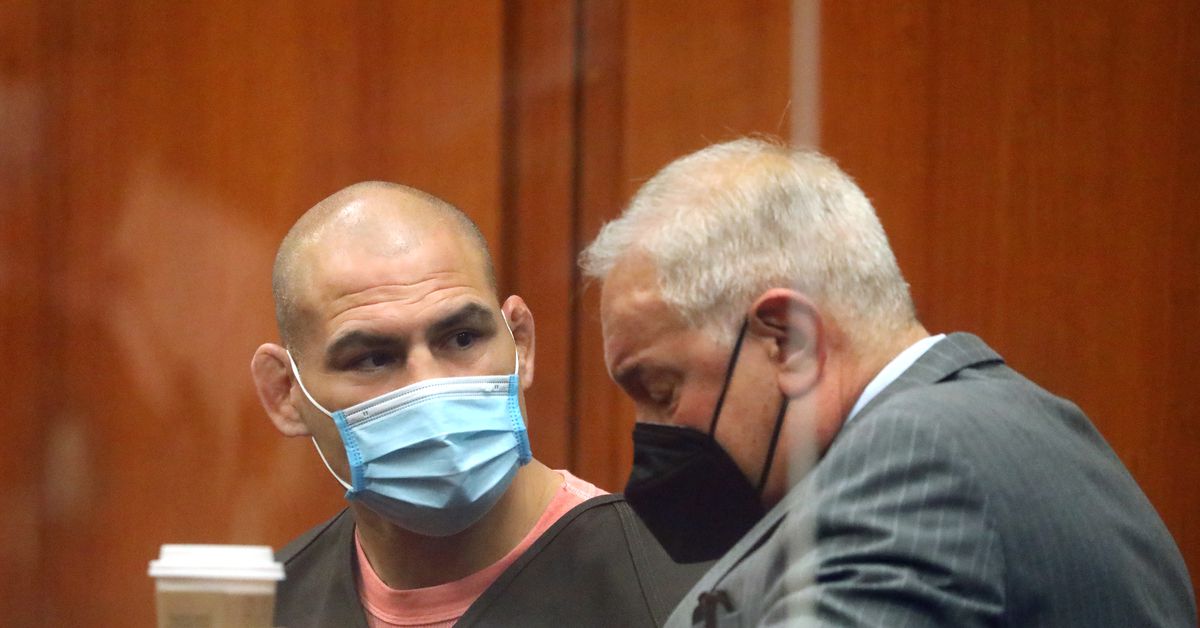 Cain Velasquez’s team is optimistic about the fighter’s chances should he go to trial.

The two-time UFC heavyweight champion recently pleaded not guilty to charges stemming from a Feb. 28 incident that include attempted murder, assault with a firearm, assault with a deadly weapon, and carrying a loaded firearm with intent to commit a felony. Velasquez was arrested in Santa Clara, Calif., and is accused of chasing and firing upon a vehicle carrying alleged child molester Harry Goularte.

A preliminary hearing is set for Sept. 26 and ahead of that date, Velasquez’s lawyer Mark Geragos said in an interview with Court TV that the prosecution is taking an approach that may benefit the defense.

“They do not plan on calling the accused molester in this case even though the accused molester, Mr. Goularte, is the only person who is the complaining witness in the attempted murder count,” Geragos said (transcription via MMA Mania). “And they’ve now said on the record that they’re not going to call him as a witness. So you have to wonder, we’re already in upside-down world. Now we’ve gone through the looking glass.”

Geragos expressed aggravation over the district attorney’s office being responsible for prosecuting Velasquez while also serving as the prosecution in Goularte’s ongoing civil suit, in which he is accused of molesting children at a daycare center, with Velasquez’s four-year-old son among the alleged victims. Velasquez’s representation is unsure whether Goularte or Velasquez’s case will be tried first, though Velasquez’s preliminary hearing will take place before Goularte’s.

It’s also unclear to him what the prosecution’s strategy will be should Goularte not testify.

“I look forward to seeing how they plan on proving the case when one of their witnesses they’re not going to call, the most important witness, the other two [Goularte’s mother Patricia Goularte and stepfather Paul Bender] have invoked the fifth amendment,” Geragos said. “I’d like to know if they’re going to waive that and get on the stand and subject themselves to cross-examination.

“Our investigation has already revealed that it’s apparent that the mother and the stepfather were intimately involved in everything that was going on at the daycare center and we’ve got a lot of questions for them.”

“Stay tuned,” Geragos added. “We’ll see you next month and we think that there’s going to be some surprises.”

The Velasquez family notified authorities of their concerns regarding Goularte on Feb. 23. Goularte pleaded not guilty to the charges and is currently out on bail. Velasquez remains in prison in California, a situation that Geragos finds unacceptable.

“And we’ll hold them to account because apparently the authorities are more worried about an accused molester and his ability to be free in the community than they are the man who set out to protect the community.”

While Goularte might not testify in court, Geragos suggested that it is likely Velasquez will take the stand to share his account of the incident. And when that happens, he expects Velasquez’s words to further strengthen their case.

“Usually when you’re the defense the last thing you want to do is anything but try your case within the prosecution case, but here in this case I think when the truth comes out people are going to be even more horrified than they are already.”