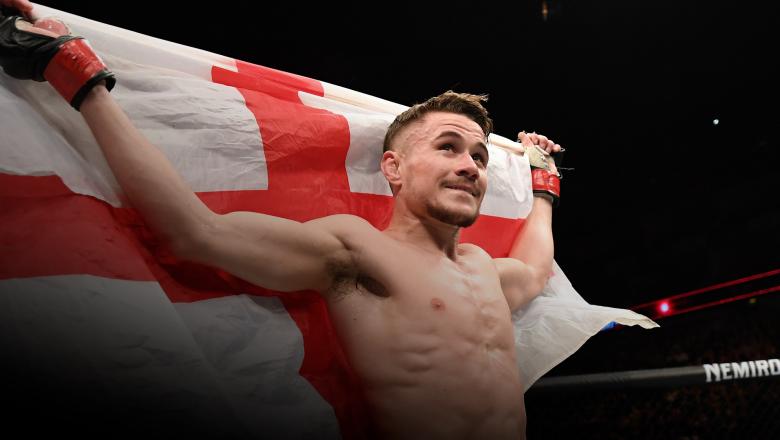 The most important thing to know about Perez as she readies to make her promotional debut this weekend is that she is brimming with confidence.

“How confident?” you ask.

In June, shortly after her signing and matchup with Zarah Fairn was announced, Perez, who is 7-1 in her career and shifting back to featherweight after making seven of her first eight starts at bantamweight, declared the following on Twitter:

Not only did she tag each of her would-be opponents, but she also made sure to “at” Dana White, the UFC matchmakers, and fellow Argentinians Santiago Ponzinibbio and Gaston Reyno as well.

Less than two months later, she was at it again, offering the following advice to then bantamweight champ Julianna Pena:

“@VenezuelanVixen you may not know me, but trust me, you don’t want to. But you will soon. I dare you to come to 145 anf prove that there is “nobody” in MY division #UFC277. Make sure you don’t lose your title in 135 instead of talking s*** about the big girls, querida”

Now, all of that is well and good, but big talk doesn’t mean anything if you can’t succeed in the Octagon, and we’ll find out Saturday night if she can back up her words with a strong outing against Stephanie Egger, who makes a quick return to action following her submission loss to Mayra Bueno Silva, filling in for Fairn.

Thus far, Perez has dominated mostly overmatched competition, with her one setback coming as a result of illegal knees in the third round of a November 2021 defense of her Samurai Fight House bantamweight title. She’s earned finishes in five of her seven victories, but will be giving up a couple inches in both height and reach to the Swiss judoka, who already has two stoppage wins inside the Octagon on her resume.

Saturday is a big moment for the Argentinian prospect — she’s talked a big game, and now it’s time to see if she can follow through and collect a victory in her debut.