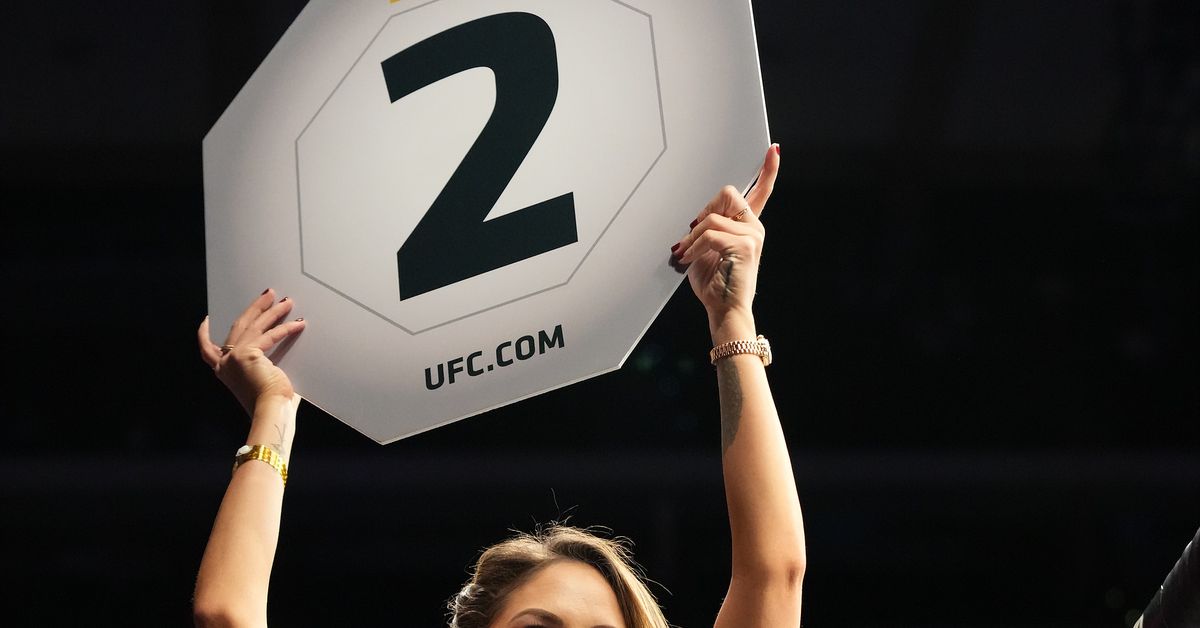 Tai Tuivasa puts his four-fight win streak on the line in hostile territory this Saturday (Sept. 3, 2022) when he headlines UFC Paris opposite recent Heavyweight title challenger, Ciryl Gane. Accor Arena also plays host to a major Middleweight showdown between Robert Whittaker and Marvin Vettori alongside what looks to be an absolute war pitting Charles Jourdain against Nathaniel Wood.

Three more “Prelims” undercard bouts remain to be examined (check out the first batch here), so clean your glasses and let’s take a gander …

PIVOTAL HEAVYWEIGHT CLASH! Ultimate Fighting Championship (UFC) hits Paris, France, on Sat., Aug. 30, 2022, for the first ever with a pivotal battle between top-ranked Heavyweight contenders that will see No. 1-ranked Ciryl Gane look to get back into the title chase at the expense of No. 3-seeded knockout artist, Tai Tuivasa. In UFC Paris’ co-main event, the top two Middleweight contenders on the roster, Robert Whittaker and Marvin Vettori, will lock horns, with the winner potentially earning another future date with division kingpin, Israel Adesanya.

Nassourdine Imavov (11-3) punched his ticket to the world’s largest mixed martial arts (MMA) promotion with a first-round finish of two-time Octagon veteran, Jonathan Meunier. He’s since gone 3-1 in UFC, including knockouts of Ian Heinisch and Edmen Shahbazyan in his most recent efforts.

He stands four inches taller than “New Mansa,” but gives up an inch of reach.

A UFC debut on an eight-day turnaround ended poorly for Joaquin Buckley (15-4), who suffered a one-punch knockout loss to Kevin Holland. Undaunted, he went on to win five of his next six and rack up four post-fight bonuses.

Eleven of his 15 professional wins have come via (technical) knockout.

Full credit to Buckley: he looked like a whole new man(sa) against Albert Duraev, maintaining his usual frenetic energy, but dramatically ramping up his precision. That version of him could be so much more than a human highlight reel … he’s a genuine contender.

Unfortunately, this looks like his toughest test to date. Imavov’s proven himself a terror on the feet, handily turning away persistent aggressors like Jordan Williams and Ian Heinisch. Buckley is a level above those guys, obviously, but Imavov’s efforts proved that he won’t be overwhelmed. If Buckley can’t get “Russian Sniper” off his game, the latter’s technical superiority will carry him to victory in an intense fire fight.

The UFC debut for Benoit Saint-Denis (9-1) ended in disaster, suffering one of the nastier beatings in recent memory at the hands of Elizeu Zaleski dos Santos. “God of War” dropped to 155 pounds for his second Octagon bout, a second-round submission finish of Niklas Stolze.

All of his wins have come inside the distance, eight via submission.

Gabriel Miranda (16-5) started his professional career 1-2 before embarking on his current run, which has seen him end all of his wins via stoppage. He currently sits at 7-1 in his last eight, most recently scoring a 75-second submission in Oct. 2021.

He steps in for Christos Giagos on around two weeks’ notice.

Saint-Denis erased the vast majority of my doubts in that win over Stolze, and he might have an even easier time here. Going by Miranda’s fights in Brave CF, Saint-Denis badly out-classes “Fly” in both the striking and the wrestling. Miranda’s key weapon is his Brazilian jiu-jitsu, but Saint-Denis is more than capable of keeping up with him on the ground, especially when “God of War “will be dictating where the fight takes place.

Outside of landing an out-of-nowhere, quick-kill submission, Miranda’s avenues to victory are sorely limited. In short, Saint-Denis dominates wherever the fight goes.

Khalid Taha (13-4) bounced back from an unsuccessful UFC debut with two straight stoppage wins, only for a failed drug test to overturn one of them and force a yearlong stay on the sidelines. He’s yet to recapture that success, dropping consecutive decisions to Raoni Barcelos and Sergey Morozov.

He fights for the first time in more than 13 months.

Any reference to Taha’s poor UFC record has to come with the asterisk that he’s faced some serious competition. From moving up in weight to fight a smothering grappler in Nad Narimani to taking on top-notch Bantamweight threats in Barcelos and Morozov, he’s been very short on gimmes in the Octagon.

I do, however, think Quinonez has a shot here. “Problema’s” footwork and output seem like solid weapons against Taha, who can be over-reliant on swinging big power shots. It’s easy to picture Quinonez tearing up his lead leg and peppering him with long punches between Taha’s bursts of offense. It’s also easy to picture Taha landing his own hard leg kicks and catching Quinonez as the latter tries to lean away from punches, but not as easy. In the end, Quinonez threads the needle for a narrow victory.

UFC Paris’ main- and co-main events are fun and there are some prospects worth keeping an eye on. Not bad for a “Fight Night” … see you Saturday, Maniacs.

Remember that MMAmania.com will deliver LIVE round-by-round, blow-by-blow coverage of the entire UFC Paris fight card right here, starting with the ESPN+ “Prelims” matches, which are scheduled to begin at 12 p.m. ET, then the remaining main card balance on ESPN+ at 3 p.m. ET.

To check out the latest and greatest UFC Paris: “Gane vs. Tuivasa” news and notes be sure to hit up our comprehensive event archive right here.

Yoel Romero responds to ‘pampered’ Israel Adesanya over recent comments: ‘How many fights does Izzy have that are boring?’
Israel Adesanya releases video of his reaction-time training
UFC 281: Adesanya vs. Pereira official event poster released
‘Floyd, I Will Fight You’
Eddie Alvarez & ONE Championship Mutually Agree To Part Ways