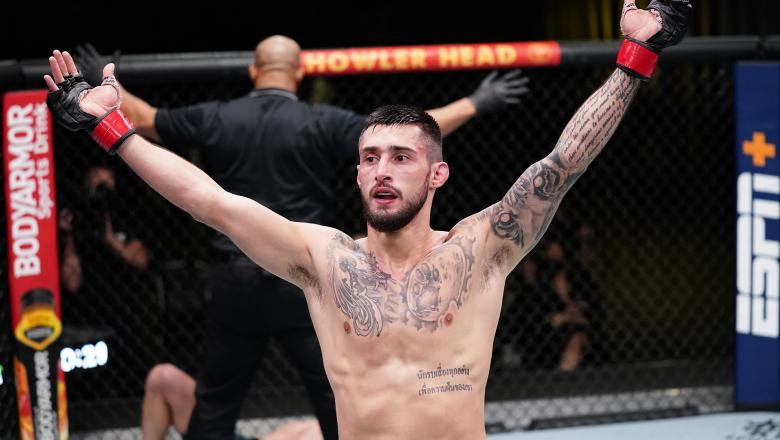 “I can fight with the craziest guy,” Jourdain said. “I think in the division there was Burgos, (Edson) Barboza, Topuria and (Max) Holloway, who were really guys who are the most violent guys, and now I know I changed one of these guys into a wrestler. So, knowing that gives me a lot of confidence coming into my next fight, but I need to work.”

That last point, which Jourdain deemed “changing monsters into wrestlers,” changed Jourdain’s expectations, particularly for his upcoming date with British standout Nathaniel Wood. Despite Wood’s 5-2 promotional record, Jourdain – who has long been open about the fears he deals with before fights – said he doesn’t get the same kind of chills thinking about Wood as he did before fighting Vannata and Burgos. Instead, he sees it as a fight “against himself” to perform the way he believes he should.

Wood made his name one to watch with a slew of knockouts (half his wins are KOs), but he started his UFC career with a trio of submissions. After nearly two years away, Wood moved up to 145 and looked sharp in a clinical destruction of Charles Rosa. “The Prospect” did well to chip away and take Rosa’s legs away before picking his shots up top, but Jourdain predicts more of a technical, strategy-based affair in Paris.

“I don’t think there’s going to be a war,” he said. “I think it’s going to be me trying to have proper distance and just breaking (Wood) until he shoots and I can snatch his neck. I’m not expecting him to stand and bang with me, and it’s unfortunate for the French people, but yeah, if he gives me his neck, I’m going to crack it.”